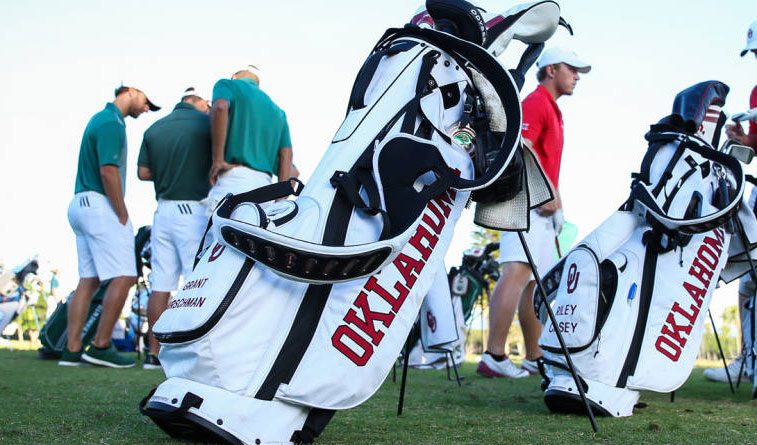 “I love this group of guys and they will put their stamp on OU golf in a great way,” head coach Ryan Hybl said of the trio.

He was the 2016 AJGA Oak Tree Championship and tied for ninth last summer at the 2017 U.S. Amateur.

Coach Hybl on McAllister: “Logan has proven to be a big-time player and we are excited about him coming to be a part of our family. He has a great work ethic, lots of speed and the capability to go low.”

Tidd was the 2017 Idaho Class 5A High School State Individual Champion and posted a 68.8 scoring average at Rocky Mountain High School. Tidd, who has four AJGA top-10 finishes, was the runner-up at the 2015 AJGA Hale Irwin and finished third at the 2015 Nike Junior All-Star Invitational.

Tidd has qualified twice for the Junior PGA Championship and Western Junior Championship, while also competing at the Haas Family Invitational. The Meridian, Idaho, native has also been invited to compete at the 2018 USGA Four-Ball Championship.

Coach Hybl on Tidd: “We are very excited about Sam Tidd joining our family. He is a great team guy with all the tools to be successful here at OU.”

The first four-time Rhode Island Junior Player of the Year, Welch is a three-sport athlete that also excels

Welch, who plays cross-handed, posted an undefeated record at the 2016 Junior Ryder Cup and was the runner-up at the 2016 Junior PGA Championship. In 2014, Welch won the Drive, Chip and Putt competition at Augusta National Golf Club. He also became the youngest winner in 93 years to claim the Rhode Island Junior Amateur championship in 2013.

Coach Hybl on Welch: “Patrick is a phenomenal athlete and has done very well on the big stage. He is going to be a great team guy and we love what Patrick brings to our team. He has very good hands, is a solid putter and keeps them all in play.”