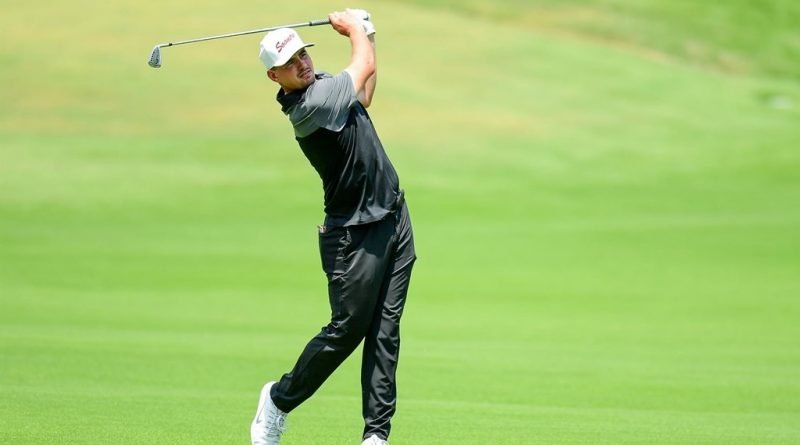 CARROLLTON, Texas – Oklahoma golfers continued to shine in summer events this weekend as four Sooners made the cut at the 114th Southern Amateur Championship at Maridoe Golf Club in Carrollton, Texas. A pair of Sooners would go on to finish in the top 10 at one of the most prestigious summer amateurs in golf.

Four final-round birdies and seven pars on the back nine in were enough to help OU All-American Quade Cummins claim third at the event, finishing at 5-under, 283, for the tournament. After firing an opening round of 73, the senior carded three consecutive rounds of 70 to climb the leaderboard. His three rounds in the red were tied for the most in the field and his 54 total pars for the event were the most among all golfers.

“I’ve been playing pretty solid back home, but was pretty nervous coming into the week, just because I know what Maridoe can do if you’re off even a little bit.” Cummins said after the event. “I only had one bad hole, which at Maridoe is pretty good over 72 holes. I was playing and hitting it well enough to win, but I just didn’t have enough putts go in when I needed them. There’s a lot of positives from this week that will hopefully set me up for a great stretch of golf.”

Joining Cummins in the top 10 was rising-junior Patrick Welch. The Providence, R.I., product shot a 76 on Wednesday before firing a 68 on Thursday, followed by 72 and 71 over the final 36 holes to finish T9 in a field that featured some of the best collegiate golfers in the country. Welch, like Cummins, was an beacon of clean golf at Maridoe, collecting 50 pars, tied for sixth-most in the field.

Logan McAllister (+2, 290) impressed on Saturday, carding a 71 to finish in a tie for 21st and Riley Casey collected a top-40 finish, finalizing his spot on the leaderboard at T38. Future Sooner Andrew Goodman of Norman finished at 7-over and tied for 43rd.

For Oklahoma State, senior Austin Eckroat shot 2-under and tied for sixth after closing with a 73. Aman Gupta was in a group of four golfers to finish tied for 13th at even-par.

All four Sooners will get back on the course in a few weeks at the 118th Western Amateur Championship at Crooked Stick GC in Carmel, Indiana, which is slated to start on July 28.