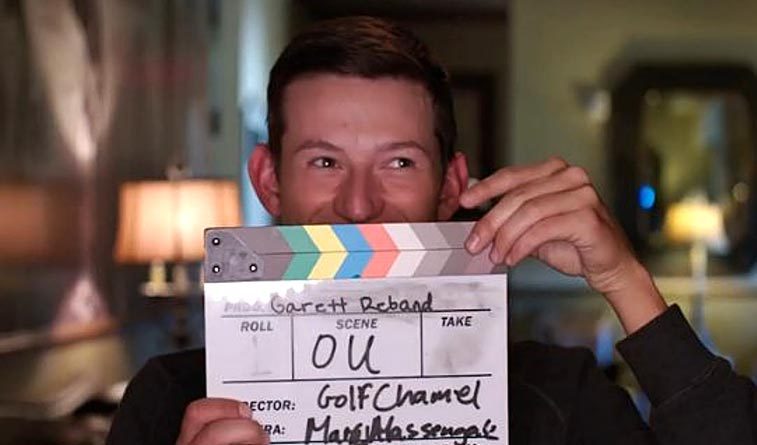 At the conclusion of the third episode of Driven Monday night, there was Oklahoma’s sophomore Quade Cummins, also the 2016 Oklahoma State Amateur champion, noting that the Sooners had “kicked the Cowboys asses” in the past two head-to-head matchups and there was no reason not to do the same in Stillwater.

At the end of the 2018 Big 12 Championship, after losing to OU, there was perturbed Cowboy senior Kristoffer Ventura proclaiming that OSU was going to go set things right at its regional and return to Stillwater “to kick everyone’s ass.”

Oklahoma State and Oklahoma will be paired together for the first two rounds Friday and Saturday in probably the most hyped NCAA Championship since Tiger Woods and Stanford were taken down by the Cowboys in the epic 1995 event at Ohio State.

The danger for both the defending national champion Sooners and the top-ranked Cowboys is that the hype surrounding the Bedlam rivalry will get the teams so amped up they do not play their best golf. There are 28 other talented teams in the tournament and the odds of it coming down to an OU-OSU showdown in match play, while tantalizing, are slim.

While OSU coach Alan Bratton said the Cowboys are used to dealing with pressure, the double whammy of playing at home and the desire to crush OU could backfire if the Cowboys aren’t careful. Both teams need to make sure they are in the top eight at the conclusion of 72 holes of stroke play Monday for the beginning of match play Tuesday.

OU coach Ryan Hybl was glad to be rid of the pressure of playing at home after watching how his team responded in the Norman Regional last week. Although the Sooners prevailed, it was by a single shot and team leaders Grant Hirschman and Brad Dalke struggled throughout.

“We’re ready to get back on the road,” Hybl said. ‘That was just a strange feeling and we didn’t handle it great.”

Both teams will be able to get in a practice round at Karsten Creek on Thursday. Both squads have looked to other difficult venues, such as Oak Tree National in Edmond, for practice this week while the NCAA Women’s Championship was going on. OSU has had access to the team portion of its practice facility and range.

The Sooners and Cowboys are paired with No. 2 Texas A&M for the first two rounds. They will tee off Friday beginning at 12:30 and Saturday beginning at 7 a.m. Both teams will keep the same lineups as won their respective regionals, which for OSU is Ventura, Zach Bauchou, Matthew Wolff, Austin Eckroat and Viktor Hovland. The Sooner lineup is Blain Hale, Hirschman, Dalke, Cummins and Garett Reband.

Here is a link to first and second round pairings.

Here is a link to the latest rankings by Golfstat.