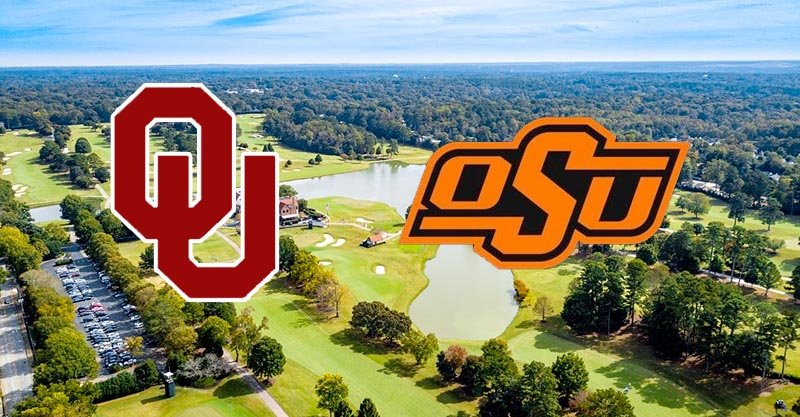 ATLANTA – Top-ranked Oklahoma and No. 4 Oklahoma State will collide with defending national champion Pepperdine and No. 2 Arizona State as four of the nation’s top teams meet in Atlanta this week at the seventh-annual East Lake Cup, held at the historic East Lake Golf Club. The Cup features 18 holes of stroke play on day one, followed by match play to determine a champion Tuesday and Wednesday.

Oklahoma entered the season ranked seventh, but has ascended into the nation’s top spot in all three major polls (Golfstat, Golfweek, GCAA), making them the only team in the last two seasons to occupy the No. 1 spot in all three polls at once, a feat which they’ve done twice. Led by the senior duo of Logan McAllister and Chris Gotterup, the Sooners have finished no worse than second in every stroke-play event this season and won the Maridoe Collegiate.
McAllister and Gotterup are joined by a trio of young golfers in redshirt freshmen Jaxon Dowell and Stephen Campbell Jr., as well as true freshman Drew Goodman.

The four participating teams were extended invitations as a result of their finishes at the 2021 NCAA Division I Golf Championships in May.

OSU has competed at the event twice previously since its inception in 2015. In 2019, OSU finished second after finishing fourth in their debut in 2018. Former Cowboy All-American Viktor Hovland won the individual title in 2018 after firing a 4-under 68.

Live scoring for the event will be available at golfstat.com. Golf Channel will air coverage from 2-5 p.m. (CST) daily.