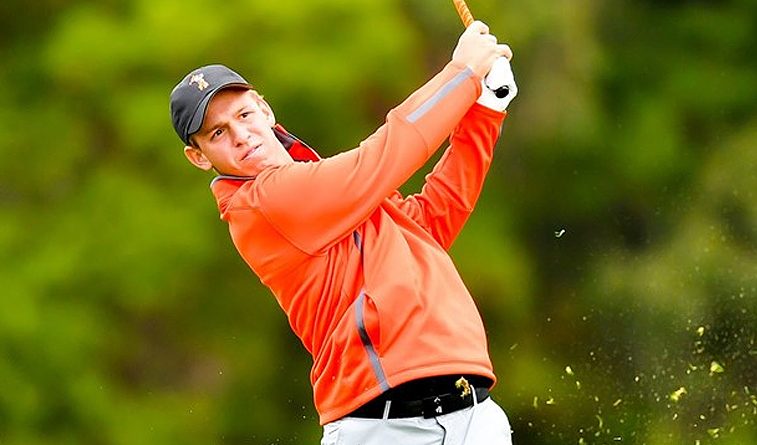 No. 1 Oklahoma State and No. 4 Oklahoma will be paired together as the Big 12 Championship gets underway Monday. The three-day, 72-hole tournament will take place April 23-25 (Monday-Wednesday) at the par-70, 7,151-yard Southern Hills Country Club in Tulsa, Okla.

The championship will prove to be competitive, as five of the Big 12’s 10 programs are currently ranked in the top 20 of Golfweek/Sagarin rankings, including No. 1 Oklahoma State, No. 4 Oklahoma, No. 10 Baylor, No.13 Texas Tech and No. 18 Texas.

The Sooners are coming into the postseason after finishing in third place at the ASU Thunderbird Invitational on April 14-15. Redshirt sophomore Quade Cummins was OU’s top-finisher, earning sole possession of third place with a three-round 204 (-9).

OU’s lineup for the Big 12 Championship will feature juniors Brad Dalke and Blaine Hale, seniors Grant Hirschman and Rylee Reinertson along with Cummins.

Oklahoma State’s men’s golf team will look to capture its 10th Big 12 title. Overall, the Cowboys have won 54 league titles and have produced 47 individual champions since the program’s first season in 1947.

The top-ranked Cowboys will be the tournament’s No. 1 seed and will be grouped with second-seeded Oklahoma. The in-state rivals will get their first round underway at 8 a.m. (CST) on Monday.

The tournament will consist of 72 holes with 36 being played on Monday followed by 18-hole days on Tuesday and Wednesday. Pairings for the second day of play will be based on the 36-hole totals from Monday’s action. The final day’s pairings will be based on the 54-hole team totals with the leaders teeing off last.

OSU’s lineup will be comprised of seniors Sam Stevens and Kristoffer Ventura, junior Zach Bauchou, sophomore Viktor Hovland and freshman Matthew Wolff. Four of OSU’s starters will enter the event among the top 50 in the Golfweek/Sagarin Rankings. Hovland (No. 5) and Wolff (No. 6) are joined by Bauchou (No. 13) in the top 15, while Ventura currently stands at No. 50. Stevens is coming off a top-10 showing in his last outing, finishing tied for sixth at the ASU Thunderbird Invitational, and is ranked 92nd.

The Big 12 Championship has been held three times previously at the historic venue, with the Perry Maxwell design playing host to the event in 2003, 2011 and 2015.

The Cowboys have won nine Big 12 crowns in the history of the event. OSU won three of the first four tournaments, finishing atop the leaderboard in 1997, 1998 and 2000. The Cowboys’ next league title came in 2005 before reeling off five-straight victories from 2007-2011.

THE FIELD
(GOLFWEEK/SAGARIN RANKINGS IN PARENTHESES)

WEATHER FORECAST
Monday: Most cloudy with a high of 66 degrees and winds from the north, northeast at 8 mph.

Tuesday: Partly cloudy with a high of 70 degrees and winds from the north, northwest at 8 mph.

Wednesday: Partly cloudy with a high of 68 degrees and winds from the north at 8 mph.

OU’S BIG 12 CHAMPIONSHIP HISTORY
Last season, the Sooners finished fifth in the Big 12 Championship at the Prairie Dunes Country Club in Hutchinson, Kansas, with a four-round 1185 (+65). Then-senior Max McGreevy was the Sooners’ best finisher, earning fifth place with an overall 292 (+12). OU has 16 conference titles overall, with the most recent coming in 2006.