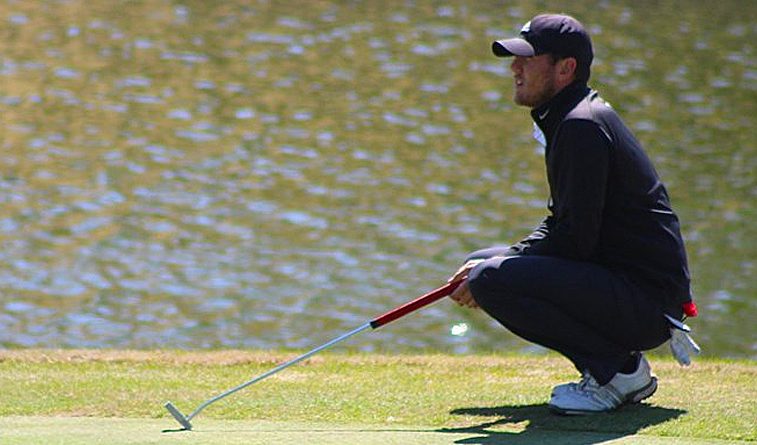 Kason Cook of SWOSU is one of four players under par after the first 18 holes of the GAC Championships and he’s tied with Austin Gean of Arkansas Tech for second place after each player shot a two-under 70 on Sunday. The duo remains three shot back of Trey DePriest of Henderson State, who fired a five-under 67 for the first-round lead. Conner Kauffman (T-15, 74), Gregor Weck (T-29, 76) and Gustavo Tineo (T-34, 78) rounded out the scoring for SWOSU, who totaled 298 strokes in the first round and sit nine shots off the lead.

Henderson State is the leader after the first round of the tournament, two shots ahead of Northwestern Oklahoma State and four shots clear of Arkansas Tech. Round 2 of the GAC Championships will commence on Monday morning at Hot Springs Country Club.

HOT SPRINGS, Ark. – First Team All-Great American Conference selection Gloria Choi fired a one-over 73 in the opening round of the GAC Championships on Sunday, pacing the SWOSU Women’s Golf team to second place, where they sit five shots off of the pace set by Arkansas Tech.

Choi is two shots behind GAC Player of the Year Peerada Piddon of Arkansas Tech for the tournament lead and three shots ahead of teammate Elin Wahlin, who is tied for sixth after shooting a 76 in the first round. Chloe Thackeray sits tied for 10th and one shot behind Wahlin after firing a 77 on Sunday, while Emily Folsom rounded out the scoring for SWOSU with an 80 in the first round.

SWOSU sits five shots back of Arkansas Tech and four shots of Henderson State, who is in third place after the first round of the tournament. Round 2 of the 2018 GAC Women’s Golf Championships will tee off on Monday morning back at Hot Springs Country Club.