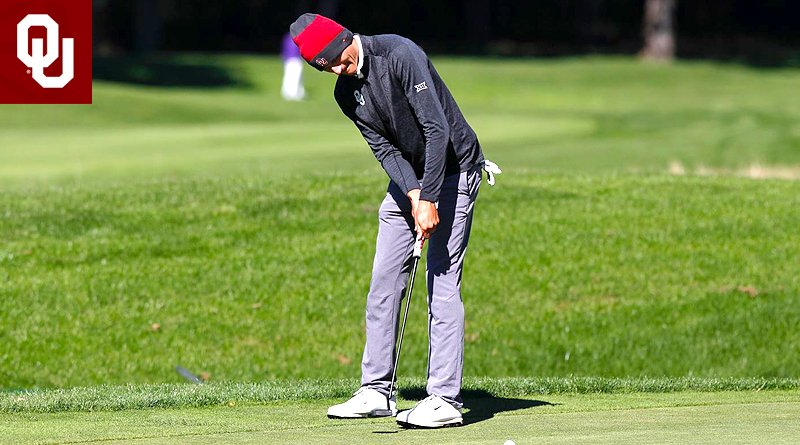 The Sooners finished with a 54-hole 874 (+10), posting a 284 (-4) in the final round. OU shed eight strokes off of its second round score, moving up the leaderboard in Tuesday’s round.

Garett Reband and Patrick Welch were the Sooners’ best finishers, earning a share of 13th with a 1-under 54-hole 215. Reband fired five birdies en route to a bogey-free 69 in the final round.

Welch opened play strong. The sophomore posted two birdies and an eagle in the first four holes. He finished the day with a total of four birdies and a 2-under 70. Senior Quade Cummins tied for 16th place, one stroke behind the duo. Cummins recorded an even par, 72. The Weatherford, Okla. native posted back-to-back birdies on holes nine and 10.

Sophomore Logan McAllister rounded out the Sooner lineup, tying for 80th, at 238 after a final-round 79.

The Sooners will return to action March 15th at the N.I.T., held in Tuscon, Ariz.