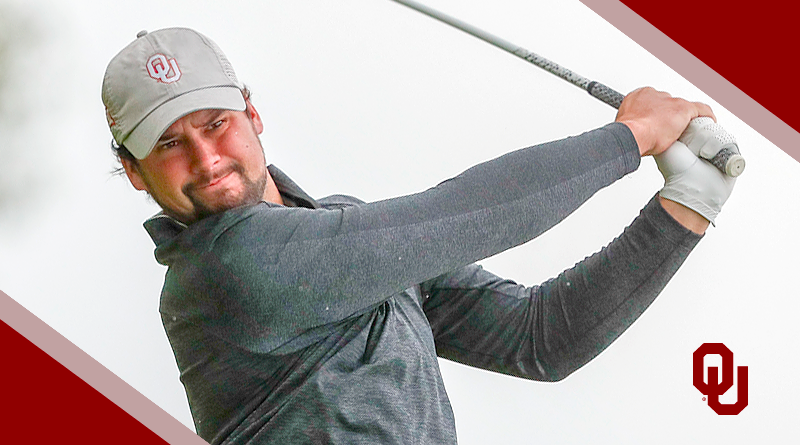 The No. 7 Oklahoma men’s golf team earned its second consecutive top-three finish, tying for third place at the Gopher Invitational on Monday. The two-day, 54-hole tournament was played at the par-71, 7,388-yard Windsong Farm Golf Club in Independence, Minn.

Two OU golfers finished in the top 10 on the individual leaderboard as the Sooners posted its two-day team total of 854 (+2). During Monday’s final round, the Sooners carded a 1-under 283.

“Tough conditions today on a good golf course and our guys did a great job getting around,” said OU head coach Ryan Hybl. “Thomas (Johnson) had a big time round today going bogey free. We definitely weren’t great this week so it was nice to grind out a good final round to build on.”

Baylor earned the team title at 4-under 848. Texas A&M was the runner-up, four strokes ahead of the Sooners with a 276.

Senior Thomas Johnson was OU’s best finisher in a tie for sixth place with a 1-under 212. The Norman, Okla., native posted a 67 (-4) during the final round. This is Johnson’s best career finish and lowest round score while competing in the Sooner lineup. The senior posted four birdies and was bogey free in the final round of play.

Fellow senior Garett Reband also landed in the top-10, finishing tied for eighth, a two-day total of 213. Reband posted a 1-under 70, in Monday’s round to jump 11 spots on the individual leader board.

Quade Cummins shot 71 in the third round to tie for 11th place with a 54-hole score of 214. This is his seventeenth career top-20 finish.

Sophomore Patrick Welch wrapped up the tournament at 220, tying for 36th place. Welch posted a 4-over 75 in the third round. Freshman Turner Hosch shot 79 to tie for 41st place at 221.

The Sooners return to action Sept. 29 – Oct. 1 at the Nike Collegiate Invitational in Portland, Ore.