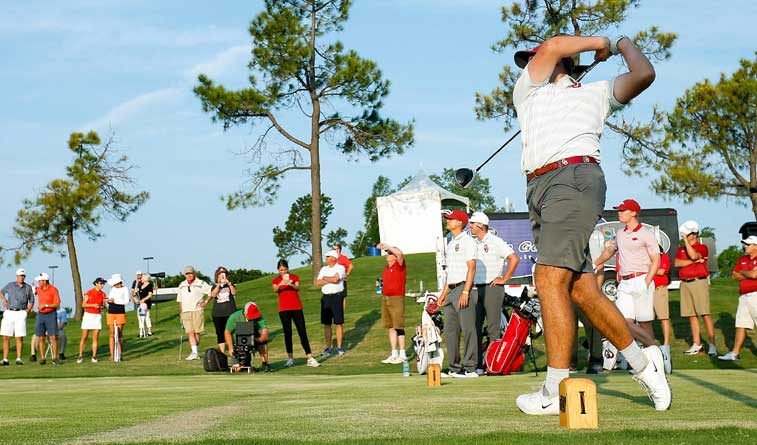 “One of my goals every year is to put together a top ranked schedule and this year’s is very good,” Hybl said. “We are excited for the year and where our guys will be challenged.”

For the fifth straight season, the Sooners open their fall slate at the Carmel Cup at Pebble Beach Golf Links, Aug. 31-Sept. 2. OU heads back to the Gopher Invitational on Sept. 10-11 looking for their third title in the last four years at the event.

OU will look to defend its Nike Collegiate Invitational championship as it travels to Fort Worth, Texas, on Oct. 1-3, at Colonial Country Club.

The Sooners will match up with the rest of the conference for the inaugural Big 12 Match Play Championship. The three-day event will take place at The Golf Club at Houston Oaks, Oct. 12-14.

To wrap up their fall slate, the Sooners will travel to the Ka’anapoli Classic in Maui, Hawaii which runs Nov. 2-4. OU last played in the event in 2016.

OU begins its spring schedule at the Puerto Rico Classic on Feb. 17-19 at the Rio Mar River Course in Rio Mar, P.R. The Sooners finished as the runner-up at the event last season.

The Sooners’ spring slate includes a trip to Las Vegas, Nev., for the highly competitive Southern Highlands Collegiate, March 3-5. OU will also compete at the N.I.T. at Omni Tucson National on March 18-19 in Tucson, Ariz.

The Sooners head out west and look to repeat as champions at The Goodwin in Palo Alto, Calif., March 28-30, before wrapping up their spring schedule at the Boilermaker Invitational in West Lafayette, Ind., on April 13-14.

The 2019 Big 12 Championship will be played April 26-28 at The Greenbriar in White Sulphur Springs, W. Va. The Sooners won the postseason crown last season at Southern Hills Country Club in Tulsa, Okla., claiming their first Big 12 title under Hybl.

The 2019 NCAA Championships will run May 24-29 at the Blessings Course in Fayetteville, Ark. OU advanced to the match play competition for the third consecutive at last year’s NCAA Championship at Karsten Creek Golf Club in Stillwater, Okla.