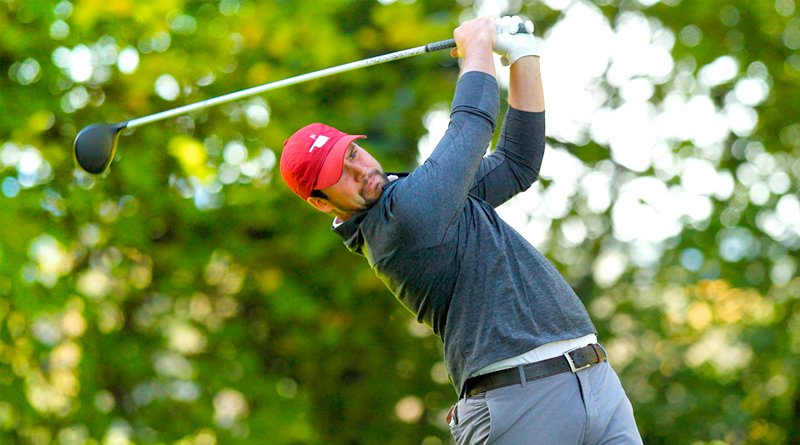 NORMAN – The No. 1-ranked Oklahoma men’s golf team started its spring season strong on Sunday at the Puerto Rico Classic, grabbing the lead after the opening round. The three-day, 54-hole tournament is taking place at the par-72, 6,902-yard River Course at the Rio Mar Country Club in Rio Grande, P.R.

All five Sooners shot under par to put OU in the lead with a first-round score of 281 (-7).  Oklahoma is one stroke ahead of No. 3 Georgia Tech and five shots ahead of third-place No. 20 Georgia and Alabama.

“Great way to start the spring season having all five guys shoot under par,” OU head coach Ryan Hybl said. “We made birdies on the holes we should and that is how you have to play this course. Jake (Holbrook) has a very solid day going here his first time as a freshman and I love how (Garrett) Reband finished his round.”

Freshman Jake Holbrook is tied for third after posting a 69 (-3) in the Sunday round. In just his second appearance in the lineup for the Sooners, Holbrook fired four birdies to lead on the leaderboard.

Senior Garett Reband is also in the top-10, shooting a 70 (-2) to finish the day tied for seventh. Reband heated up on the back nine, posting four birdies with a total of five on the day.

Fellow seniors Quade Cummins and Thomas Johnson are tied for 18th after each posting a 71 (-1). Cummins and Johnson both added to the birdie count by both collecting four during their rounds.

Sophomore Patrick Welch also carded a 71 (-1) to round out OU’s lineup. He is tied for 18th place heading into Monday’s second day of action.

The second round of the Puerto Rico Classic will begin Monday at 6 a.m. CT with a shotgun start. The Sooners will be paired with Georgia Tech and Georgia.

Live scoring is available on GolfStat.com.