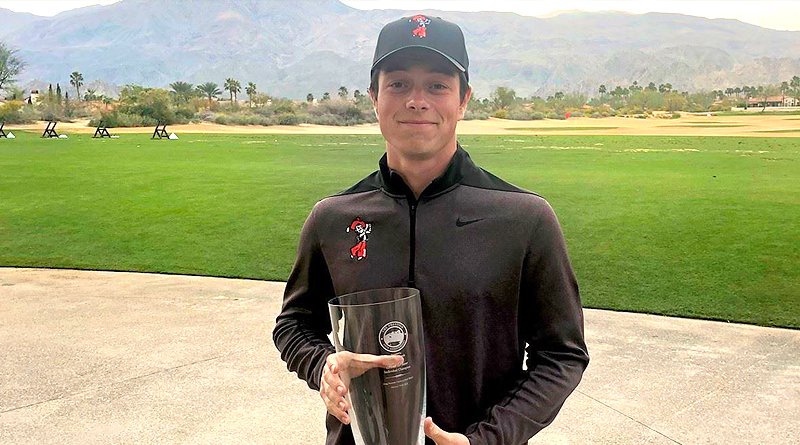 LA QUINTA, Calif. – Oklahoma State’s men’s golf team will be back in action this week at The Prestige presented by Charles Schwab.

The event will take place at the Greg Norman Course at PGA WEST, a par-71, 7,100-yard layout. The Cowboys will be one of 16 teams in action at the 54-hole event, which will be contested Monday through Wednesday. Tee times are set to begin at 7:30 a.m. (PST).

OSU’s first victory at the event came in 2018. Viktor Hovland became the first Cowboy to claim the individual title, doing so last year. Hovland posted scores of 68, 71 and 66 for an 8-under total of 205 and a one-shot victory, while the Cowboys earned a runner-up finish.

Gupta and Müller will be joined in the lineup this week by junior Austin Eckroat as well as sophomore Rasmus Neergaard-Petersen and freshman Brian Stark.

A trio of Cowboys will compete in the tournament’s individual event, which will take place at Coral Mountain Golf Club. Hazen Newman, Dillon Stewart and Rayhan Thomas will all be in that field.

Live scoring will be available at golfstat.com, while the final round will be streamed live at golfweek.com