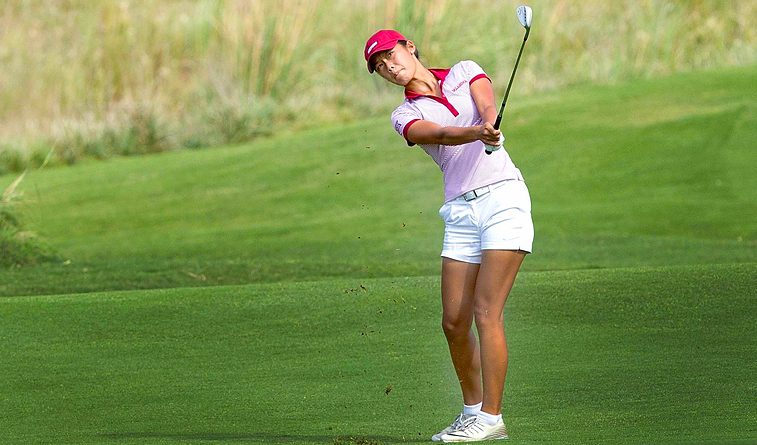 After two rounds of the NCAA Lubbock Regional, the No. 25 Oklahoma women’s golf team holds 11th place. The three-day, 54-hole tournament is taking place at the par -72, 6,593-yard Rawls Course in Lubbock, Texas.

Julienne Soo leads the Sooners for the second day in a row, and is tied for tenth place out of 95 competitors with an overall 144 (E). Soo totaled a 72 (E) for Tuesday’s round. The sophomore had another strong start after firing four birdies in a row on the first four holes.

Junior Hannah Wood ended the day three strokes better than in the opening session after recording a 72 (E). Wood is tied for 19th place (147; +3), posting five birdies on the day.

“We started on fire this morning and make a lot of mistakes on the back nine,” said head coach Veronique Drouin-Luttrell. “We still have one more round and will need to believe in ourselves. Anything can happen in team golf, so it’s important to go out early tomorrow and post some good scores.”

The Sooners will tee off for Wednesday’s final round of the NCAA Regional tournament at 8 a.m. CT. Live results are available at Golfstat.com