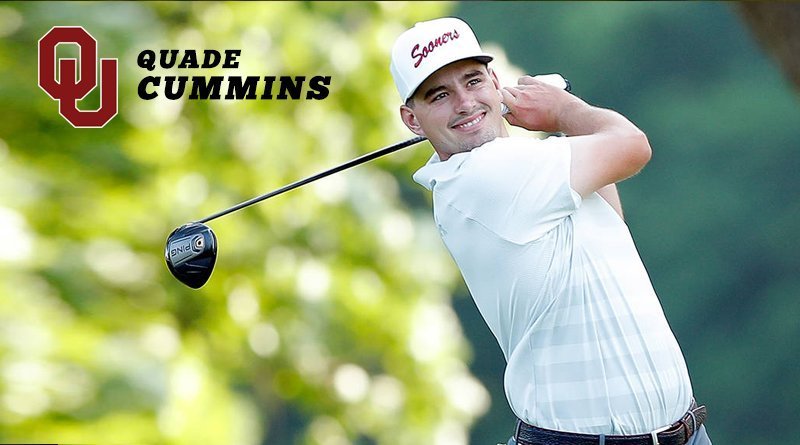 No. 3 Oklahoma men’s golf picked up its sixth top-three finish of the season, taking third place at the National Invitational Tournament. The two-day, 54-hole event was held at the par-72, 7,200-yard Catalina Course at the OMNI Tucson National in Tucson, Ariz.

“We definitely didn’t have our best stuff this week, but it was a great learning tournament for us,” OU head coach Ryan Hybl said. “We gave up too many east shots to compete for the tournament title. Quade (Cummins) and (Garett) Reband produced again for us this week, which they continue to do. It was good to see Thomas Johnson close with a nice finish today for us.”

Junior Garett Reband took sole possession of seventh place at 206 (-10) to lead the Sooners. Reband picked up seven birdies during the final round and posted a 68 (-4). The junior earned his third top-10 finish of the season.

Freshman Patrick Welch posted a 73 (+1) on Tuesday, bringing his three-round total to 213 (-3). Welch finished in a tie for 26th place. Redshirt junior Thomas Johnson put together his best round at the tournament, recording a 69 (-3) during the final round. The Norman, Okla., native tied for 30th place at 214 (-2).

Seniors Brad Dalke and Blaine Hale, both out of the starting lineup for the second consecutive event, showed they are ready to battle for their spots.  Dalke fired a 67 during the final round and finished in third place with a 54-hole of 200 (-10), his second-lowest three-round score in his OU career. Dalke carded three rounds in the 60s at the tournament.
Hale matched his lowest round of the season, posting a 5-under 65. The senior tied for sixth place at 207, his second-lowest 54-hole total of the year.

The Sooners return to action March 28-30 at The Goodwin in Palo Alto, Calif. OU won the 25-team event last season.