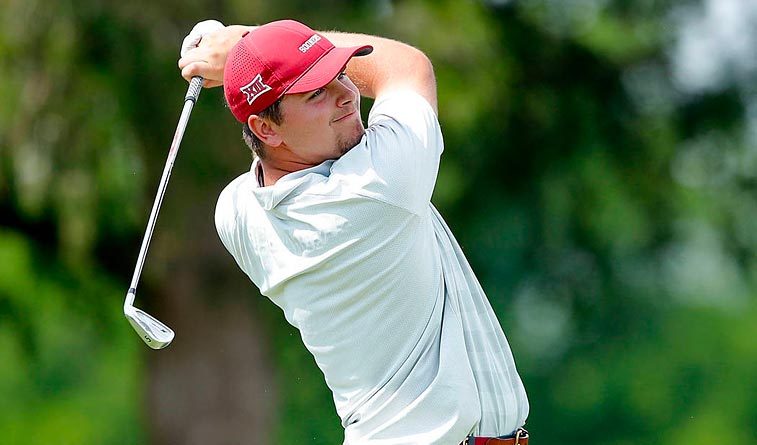 NORMAN – The No. 3 Oklahoma men’s golf team is tied for first place after two rounds at the Gopher Invitational. The two-day, 54-hole event is taking place at the par-71, 7,368-yard Windsong Farm Golf Club in Independence, Minn.

The Sooners posted an even-par 284 during Sunday’s morning round before carding a 285 (+1) in the afternoon to finish with a 36-hole total of 569 (+1). OU is tied for first place with Texas after two rounds. Iowa holds sole possession of third place with a two-round 574 (+6), while Purdue and Michigan State are tied for fourth place at 576 (+8).

Senior Blaine Hale paced the Sooners on Sunday, recording a 36-hole 137 (-5) to claim second place after two rounds. After carding a 68 (-3) in the morning session, Hale followed up with a 69 (-2) during the afternoon round.

The senior recorded 13 birdies during Sunday’s 36 holes, the most of any player in the tournament. Hale trails Arkansas’ William Buhl on the individual leaderboard by one shot heading into Monday’s final round.

The final round of the Gopher Invitational is scheduled for Monday morning and the Sooners will tee off at 8:55 a.m. CT. OU will be paired with Texas and Iowa for the final round.

Live scoring will be available on Golfstat.com<http://results.golfstat.com/public/leaderboards/gsnav.cfm?pg=participants&tid=16478