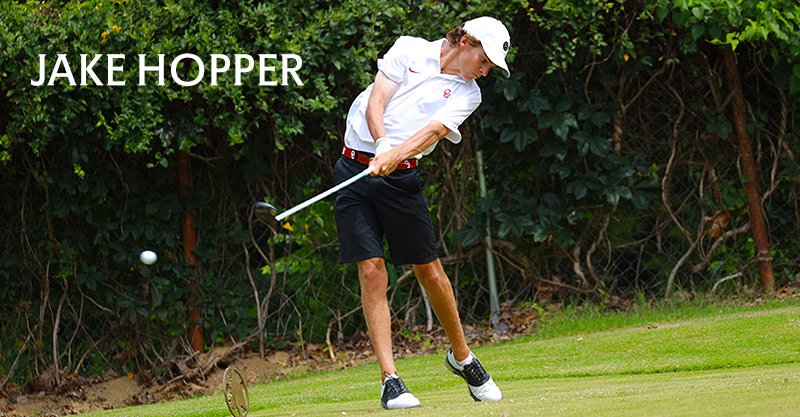 A pair of Texans stole the show Thursday in the final round of the Gateway First Bank Tulsa Junior, an AJGA event at Cedar Ridge Country Club in Broken Arrow. Host Bo Van Pelt was on hand to meet many of the contestants in the tournament organized by Maggie Roller, the director of instruction at Cedar Ridge.

Matthew Spaulding of Spring, Texas, shot an even-par 71 in the final round to finish at 5-under and come away with a one-shot victory over fast-closing Jake Hopper of Norman, who birdied two of the final three holes to finish at 4-under.

In the girls division, Symran Shaw of Carrolton blazed to a final round of 7-under 64 to finish at 9-under and coast to a 12-shot victory over Britta Snyder of Ames, Iowa, who placed second at 3-over.

William Sides of Tulsa started the final round at 7-under and with a two-shot lead. He made double bogey on the opening pa4-5, but got it back with birdies at 5 and 9. He was still 7-under after a birdie on the par-4 12th, but made four bogeys in the final six holes. He was still at 4-under and just a shot back on the 18th tee, but blocked his drive to the right, leading to a final bogey and a third-place finish at 3-under.

“I just missed a bunch of putts on the final nine and didn’t play my best,” said Sides. “I really wanted to win this.”

Sides will be a junior at Cascia Hall, while Hopper will be a junior at Norman North. They waited along with Spaulding through a nearly two-hour lightning delay after playing the par-3 15th. Hopper, who has already verbally committed to the University of Oklahoma, had made double bogey on 15, but came out after the break and stuffed his approach shots to inside 5 feet on both the par-4 16th and 17th holes to get within a shot of the lead.

After a good drive, he missed the 18th green to the left and nearly chipped in for the tie. Spaulding hit the green and safely two-putted for the win.

Jordan Wilson of Edmond tied for fourth with Spaulding’s twin brother Andrew at 2-under after a final-round of 3-under 68. He made three double bogeys in his opening nine holes Tuesday and moved consistently up the board thereafter in notching his fifth consecutive top-four finish in AJGA events.

Craig Sanders of Edmond placed seventh at 4-over. Ryder Cowan of Edmond tied for 10th at 6-over.

The top finishes for Oklahomans in the girls division was a tie for fifth by Maddie Kamas of Kingfisher and Jenni Roller of Jenks at 10-over.