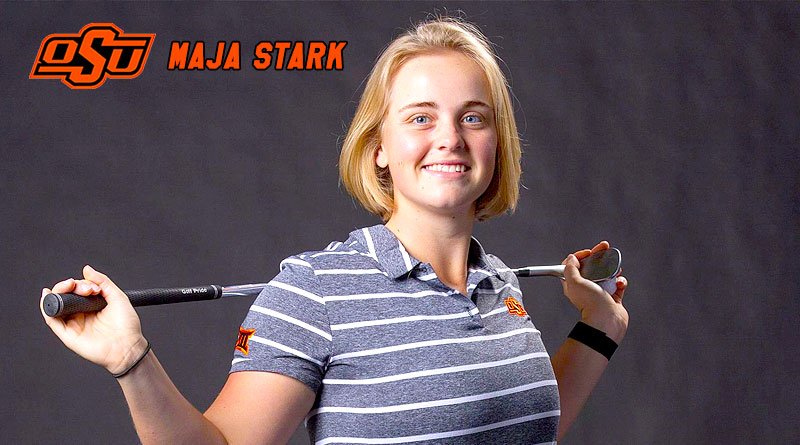 Coral Gables, Fla. – Oklahoma State freshman Maja Stark sits in second place on the individual leaderboard after firing a 2-under par 142 over the first two rounds of the Hurricane Invitational.

A 67 in the first round set a new career low for Stark and is tied for the second lowest round by a Cowgirl this season in only her second tournament. She ended the day with a 75 in the second round and trails the leader, TCU’s Trinity King, by one stroke.

As a team the Cowgirls were tied for first place after the first round, but a 20-over par second round slid the Cowgirls into fifth place. TCU leads the field by seven strokes at 8-over par with 18 holes to play. The Oklahoma Sooners are in ninth place.

For the Sooners,  Mikhaela Fortuna sunk seven birdies to take hold of a share of fourth place. Fortuna carded rounds of 75 and 71 to finish day one as the only golfer ranked in Golfstat’s top 100 inside the top 10, and will head into the final day ahead of 11 top-100 golfers.

“Mikhaela was very steady all day.” head coach Veronique Drouin-Luttrell said after the rounds. “She was superb around the greens which lead to two good rounds for her individually.”

Maria Fernandez Martinez finished the day just four shots off the lead among all golfers playing as individuals. She fired rounds of 79 and 72 to place herself into a tie for 26th after 36 holes.

After two rounds of play, there are no teams under par, as unranked TCU holds the tournament lead at 8-over, with no other team below 15-over. The course presented a tough challenge on day one, as windy conditions affected scoring. The Sooners are 35-over heading into Tuesday’s final round.

“Today definitely wasn’t our best effort.” Drouin-Luttrell said. “We put ourselves into some spots that made the game more difficult than it needed to be. But tomorrow is a new day and a new opportunity for us.”

The Sooners will conclude play on Tuesday when they tee off at 7 a.m. CT. Oklahoma will be paired with Texas State and host school Miami for the final round.