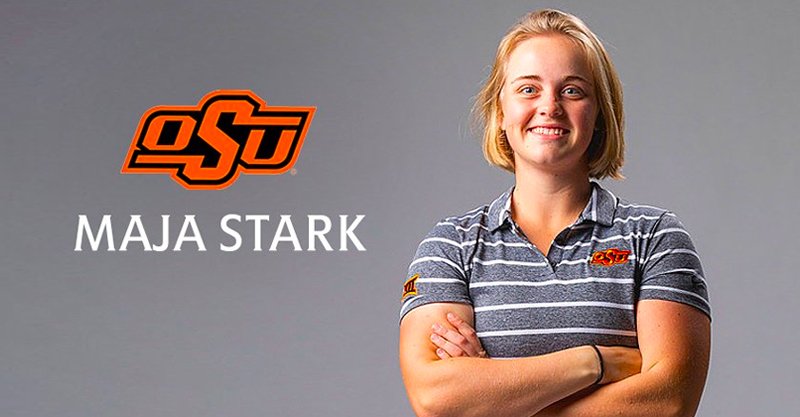 DALLAS, Texas – Maja Stark sits in first place on the individual leaderboard thanks to an opening round 6-under 66, which has the Oklahoma State women’s golf team in second place late in the second round after play was suspended due to darkness at the Trinity Forest Invitational.

In their first competition of the spring season, the Cowgirls posted a 292 in the first round and were 5-over through 15 holes before play was suspended due to darkness. Baylor leads the field at 4-under 284.

Eight birdies in the first-round propelled sophomore Stark to the top of the individual leaderboard. She will begin Tuesday morning at 5-under through 15 holes on her second round. Stark notched a tournament high 11 birdies after 33 holes. Her 66 in the first round was her lowest round as a Cowgirl.

Strong performances by Han-Hsuan Yu and Lianna Bailey solidified the Cowgirls’ second place standing after 33 holes. Yu posted five birdies in the second round, ending the day in seventh place at 2-over 76. After marking an eagle on the first hole, Bailey continued her strong performance and notched four birdies in the second round, finishing at 5-over 75.

Maddison Hinson-Tolchard and Hailey Jones end the day at 9-over and 12-over respectively.

Play will resume at 8:30am tomorrow with the final holes of the first round, followed by the final 18.

Tulsa has a score of 537, while first-place Baylor has a 524 score at the par-72 Trinity Forest Golf Course. Tulsa will enter Tuesday with three players sitting among the top-20.

Lorena Tseng had Tulsa’s top round for the first 18 holes with a score of 1-over par 73 for seventh place but at the end of the day sits in 10thplace after scoring 64 after 15 holes in the second round. Haley Greb is in 14th place at 138 and Lilly Thomas in 19th place with a score of 128.

Taylor Dobson is in 50th place with a score of 134, while freshman Tita Loudtragulngam, in her first collegiate tournament, had an opening round 82 and ended the day in 74th place.

FIRST ROUND ONLY RESULTS