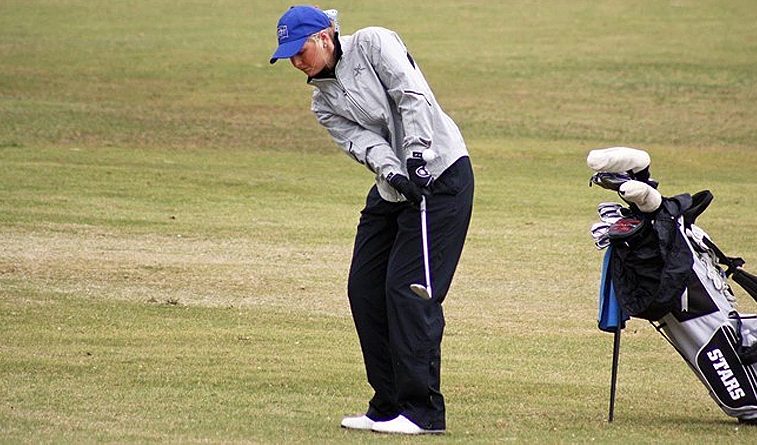 Moody tied for second with a 76-75–151. Moody, a senior from Aledo, Texas, ended four strokes off the individual pace. Moody nailed five birdies Sunday and finished with 23 par scores.

Eldredge, a sophomore from Eufaula, turned in a 77-77–154 to tie for fifth place. Eldredge sank a birdie on the par-4, 321-yard 14th hole Sunday to have four birdies for the tournament. Medina, a freshman from Phoenix, posted a 76-78–154. Medina, playing as an individual, topped the field with six birdies.

Oklahoma City finished with a 310-311–621 on the par-72, 6,020-yard course. Fifth-ranked Texas Wesleyan was seven shots better with a 305-309–614. The Stars captured the last six conference championships and 15 of the past 18 SAC titles. Texas Wesleyan’s Alex Schies won the SAC individual crown for the second consecutive year.

Texas Wesleyan picked up the conference’s automatic berth into the NAIA Championships on May 22-25 at PGA National in Palm Beach Gardens, Fla. The defending national champion Stars will look to get an at-large bid when the national-tournament qualifiers get announced May 10.

The weather included 40-degree temperatures at the start of the round. Temperatures climbed to the mid-50s by mid-day and the upper 50s by the end of play. The wind blew at 25 mph with 30 mph gusts. Rain fell on the course briefly close to mid-day.