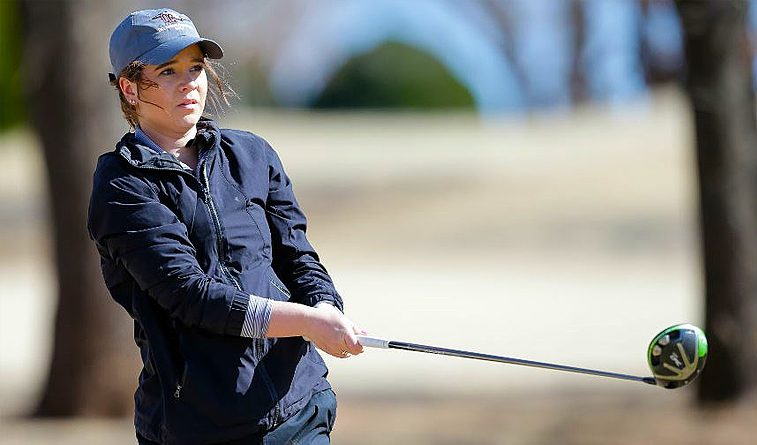 The junior from Tulsa shot a 1-under-par 71 at Slick Rock Golf Course and will enter Monday’s second round tied fourth, just two shots behind the leader, Evelyn Arguelles of Dallas Baptist (Texas).

OC posted a team score of 310 and was tied with Arkansas-Fort Smith for sixth in the nine-team field, 20 shots behind Dallas Baptist and 17 behind St. Mary’s (Texas), two of the top teams in NCAA Division II. Rogers State was tied with St. Mary’s for second, with St. Edward’s (Texas) fourth at 298 and Newman (Kan.) fifth at 308.

Goodwin, looking to stake a claim to an individual spot in the upcoming Division II West Super Regional, got to 3-under on the 5,943-yard course with birdies on the par-4 No. 4, the par-5 No. 5 and the par-5 No. 10. She had three bogeys on her back nine, but a birdie on the par-3 No. 17 kept her under par for the round. It was her fifth round at par or better this season.

OC freshman Felecity Wittenberg was tied for 34th after posting an 84 and sophomore Ashton Nemecek‘s 85 left her tied for 37th.

Rogers State is in second after a round of 293 and is three shots back from leader Dallas Baptist University. Mica Eastin and Jess Whitting sit in the top five in the individual standings.

Whitting put together an opening round of 2-under-par 70 to tie for second place, one stroke back from leader Evelyn Arguelles of DBU. After a bogey on the first hole of the tournament, the native of Perth, Australia totaled three birdies in a five-hole stretch to get to 2-under-par. She finished with 12 straight pars to post the 2-under-par score.

Eastin currently ranks in a tie for fourth after a score of 1-under-par 71 in the first round today. She carded back-to-back birdies on No. 5 and 6 to go to 1-under-par. With two bogeys on the front nine, Eastin was even through nine holes. A birdie on No. 12 upped her score to 1-under-par and she concluded with six straight pars for the 1-under-par 71 score in the opening round.

Junior Alex Massie tallied a score of 3-over-par 75 to place in 13th after one round. The Lubbock, Texas native registered three birdies and six bogeys to post the 3-over-par score.

Sophomore Mariana Flores ranks 18th in the field with her score of 5-over-par 77 in the first round. After a tough stretch of four straight bogeys to open the tournament, Flores responded with three birdies in four holes to get back to 1-over-par in the front nine. She finished at 4-over-par on the back nine for the 5-over-par total.

Sophomore Sydney Murray shot a score of 8-over-par 80 today. Her first round score ranks 29th. She finished with six bogeys, one double and 11 pars.

The second round of the Heartland Conference Championship is tomorrow (April 23) at Slick Rock GC at Horseshoe Bay. Live scoring will be available.