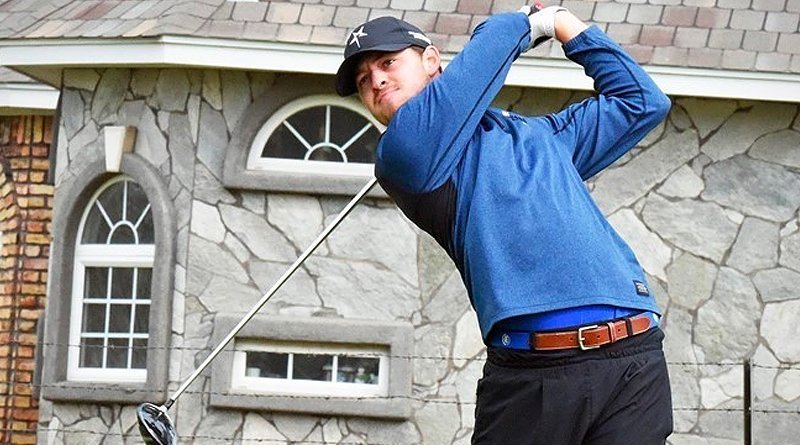 Stites, a sophomore from Sallisaw, Okla., turned in a first round of 72, which has him tied for fourth. The second-ranked Stars are currently tied for eighth place in the team standings.

Through 18 holes, Stites has drained three birdies. He buried birdies on the fifth, 13th and 18th holes. Carl Didrik M. Fosaas of Keiser and Victor Miron of Texas Wesleyan are tied for the individual lead with a 70.

The Stars’ Jack Madden, a freshman from Dungannon, Northern Ireland, Ireland, produced a first round score of 76, sinking a birdie on the 15th hole. Carson Seals, a junior from Ardmore, Okla., of OCU turned in a score of 78.

Peri’Don Castille has provided Oklahoma City with an 80. Castille, a freshman from Dallas, turned in the Stars lone eagle on the day on No. 6, which is a par-5 532-yard hole. Brandon Strathe, a sophomore from Owasso, Okla., added an 88.

The weather started off in the mid-60s and climbed to a high of 80. Winds started off with an 8 mph east wind, increasing to 15-20 mph with gusts near 35 mph.