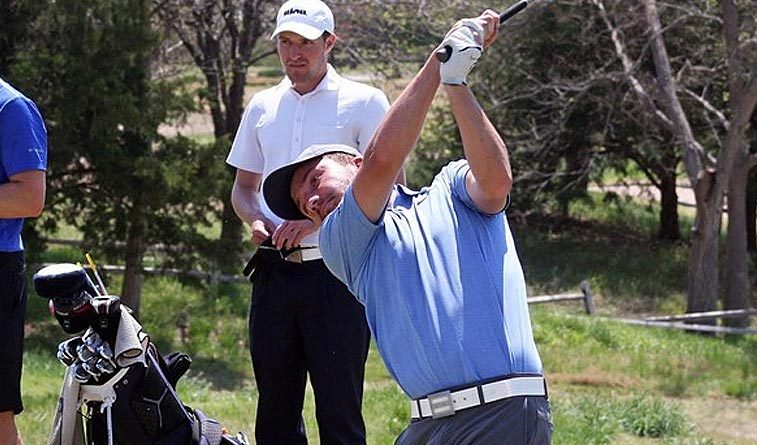 The Stars turned in the top round of the tournament to open an eight-stroke lead. OCU remains the last team under par entering the last round 7:30 a.m. Friday.

Oklahoma City’s Rupert Kaminski trails individual leader S.M. Lee from Dalton State (Ga.) by five shots. Kaminski will be among the final group off the No. 1 tee at 9:45 a.m. Friday. Peri’Don Castille will be the first Star to begin his round at 9:09 a.m. Friday teeing off the first hole.

Gaston Romero of the Stars has recorded a 72-71-70–213 to be tied for 13th. Romero, a freshman from Cordoba, Argentina, knocked in two birdies while picking up one bogey Thursday. He will be in contention for all-tournament acclaim, which goes to the top 15 golfers.

OCU’s Garrison Mendoza has contributed a 74-68-72–214. Mendoza, a senior from Clinton, Okla., nailed four birdies, including back-to-back birdies on Nos. 13 and 14, during the third round. He has 11 birdies this week. David Meyers has provided the Stars with a 75-73-68–216. Meyers, a sophomore from Johannesburg, South Africa, sank five birdies. He made birdie on the second, third and fifth holes, then finished with birdies on the 17th and 18th holes.

Castille, a sophomore from Dallas, has carded a 74-71-72–217. Castille remained even with par through the first nine holes, then dropped in three birdies on the back nine. Castille drained birdies on the final two holes.

Sixth-ranked Texas Wesleyan remained in fifth place with a 289-287-284–860. Rowan Lester, the defending individual national champion, posted a 73-70-68–211 to be tied for sixth. He made four birdies Thursday, starting his round off with three birdies.

The conditions at the course included 60-degree temperatures in the morning climbing to 80 degrees by mid-day. The wind picked up to around 15 mph in the afternoon.