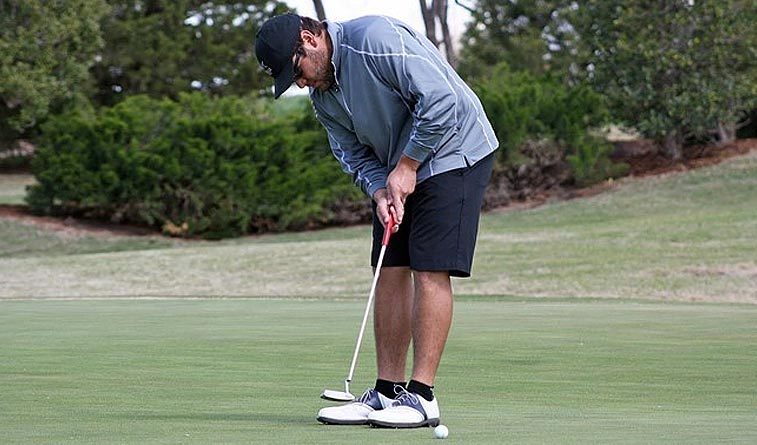 Kaminski, a junior from Johannesburg, South Africa, reeled in finalist honors for the NAIA Jack Nicklaus player of the year and all-Sooner Athletic Conference for the third time. Kaminski owns two wins with a top-five scoring average (70.86) this season. He became a three-time all-region choice.
Mendoza and Meyers became semifinalists for the Nicklaus award and all-conference performers. Mendoza, a senior from Clinton, Okla., tied with Kaminski as runner-up in the SAC Championships at one shot off the pace. Mendoza has produced in a 72.93 stroke average in 2017-18, his fifth season with OCU. Mendoza will play in the NAIA Championships for the fourth time.

Meyers, a sophomore from Johannesburg, South Africa, nabbed his second win of the season in the Battle at the Primm in Primm, Nev. On March 19-20, Meyers matched OCU’s 54-hole tournament record, posting a 67-63-65–195. Meyers has a 71.75 scoring average. He racked up all-region acclaim for the second year in a row.

Castille has six top-10 finishes this season. Castille, a sophomore from Dallas, has supplied OCU with 73.92 shots per round. Romero, a freshman from Cordoba, Argentina, has a 75.32 scoring average with his finest finish a tie for seventh place in the Dave Falconer Classic on March 12-13.

Blaser of OCU is finalist for Williams award

NORMAN, Okla. – Kyle Blaser of No. 1-ranked Oklahoma City University made the finalist list for the Dave Williams NAIA coach of the year honor as given by the Golf Coaches Association of America.

Blaser has led Oklahoma City to six tournament victories this season. The top-ranked team in the GCAA coaches poll, the Stars were also runners-up three times and placed no worse than third in 10 events. Blaser was previously named Sooner Athletic Conference coach of the year after leading the Stars to their fourth consecutive league crown. The Stars look to set the single-season team record for stroke average with their 286.86 entering the NAIA Championships.

Blaser has twice led the U.S. boys team in the Toyota Junior Golf World Cup. Several former Stars have turned professional and compete in tours around the world. OCU alum Tyrone Van Aswegen has been on the PGA TOUR since 2013, while Jacques Blaauw made the Web.com Tour in 2017.