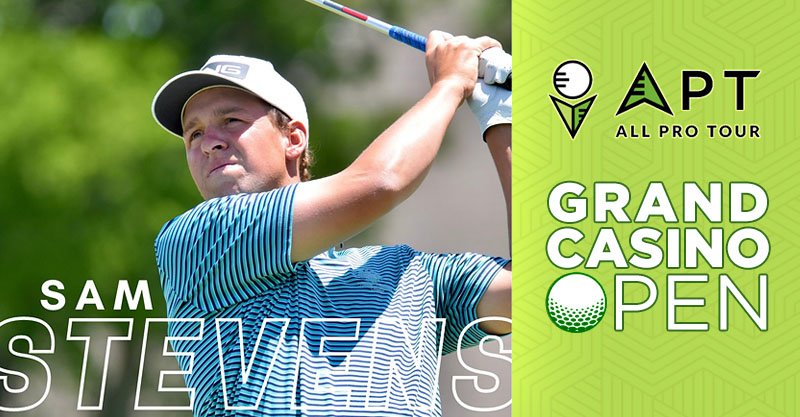 Former Oklahoma State golfer Sam Stevens is one shot out of the lead and in a tie for second at 12-under entering the final day of the All Pro Tour Grand Casino Open at Shawnee Country Club.

Stevens shot a second-round 67 after opening with a 63 on Wednesday and trails Marcos Montenegro by a shot. Montenegro shot rounds of 64-65 on the par-71 course.

The final round is today and there is no charge for spectators. The All Pro Tour features many talented golfers who are hoping to earn their way onto the Korn Ferry Tour and eventually the PGA Tour. Stevens led the Tour in money winnings in 2020 and also won three events.

Among other players with Oklahoma ties in the field, Stevens’s former OSU teammate Hayden Wood is tied for 13th at 8-under. Another member of that OSU squad, Zach Bauchou, is tied for 16th at 7-under. Former University of Tulsa golfer Logan McCracken of Oklahoma City is another shot back at 6-under. Former Cowboys Zach Olsen and Trent Whitekiller are at 5-under and 4-under, respectively. Former TU golfer Matt Mabrey also made the cut at 4-under.

Not making the cut were Blake Trimble of Oklahoma City at 3-under, Brendon Jelley of Tulsa at 3-under, Craig Van Horn of Shawnee at 2-under, Cody Burrows of Chickasha at even, former University of Oklahoma golfer Blaine Hale at 1 over, Tulsan Alexander Hughes at 3 over, former OU golfer Brad Dalke of Edmond at 4 over, Casey Fernandez of Durant at 7-over, and former First Tee of Tulsa student Tommy Riddle III at 16 over.