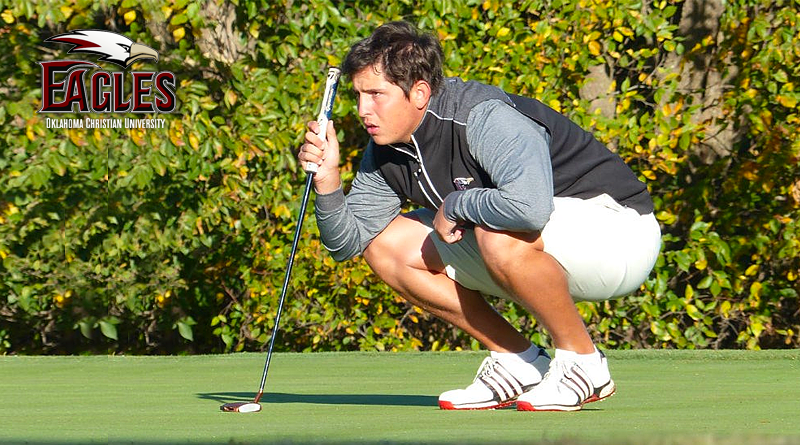 NORMAN, Okla. (Nov. 15, 2019) – Oklahoma Christian rose a spot to No. 6 and picked up a first-place vote in the final Bushnell Golfweek Division II Coaches Poll of the fall season, released Friday.

In the only tournament they didn’t win, the Eagles placed eighth in Arkansas State’s Bubba Barnett Intercollegiate at RidgePointe Country Club in Jonesboro, Ark. OC was the only Division II team in the field, along with 12 Division I squads.

The No. 6 national ranking matches the highest ever achieved by an OC athletic team during the university’s Division II era, which began with the 2012-13 academic year. The men’s golf team was ranked No. 6 in the coaches’ poll earlier this fall as well.

OC was one of four Lone Star Conference teams in the coaches’ poll, along with No. 11 St. Mary’s (Texas), No. 18 Midwestern State (Texas) and No. 21 St. Edward’s (Texas). Other South Central-West Super Region ranked squads included No. 9 Simon Fraser (British Columbia), No. 16 Colorado School of Mines and No. 20 Sonoma State (Calif.).

In the Golfstat.com Relative Ranking – separate from the coaches’ poll – OC is No. 3 in Division II, trailing only Georgia Southwestern State and Barry. OC is one of only eight Division II squads to have won as many as three tournaments during the fall season.

OC will open its spring season Feb. 3-4 in the Fujikura Invitational, hosted by California State-San Marcos at Shadowridge Golf Club in Vista, Calif. The Eagles are the defending champions in that tournament.