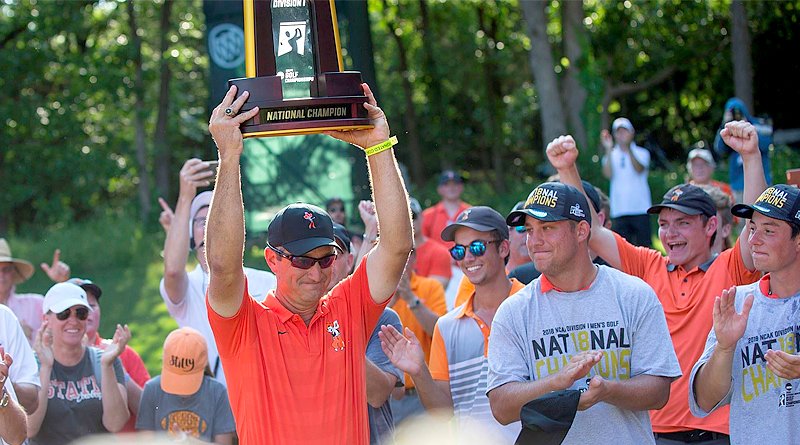 STILLWATER, Okla. – Oklahoma State’s men’s golf team has signed a pair of players it was announced today by head coach Alan Bratton. Jonas Baumgartner and Bo Jin both signed with the Cowboys and will join the program for the 2020-21 season.

“I expect these two to make an impact right away. We are thrilled they are Cowboys. They will do a good job of pushing our veteran players. They both have the firepower we look to add each year,” Bratton said.

A native of Essen, Germany, Baumgartner currently ranks No. 248 in the World Amateur Golf Ranking. Last March, he won the South African Juniors International before finishing second in the European Team Championship with Germany and fifth at the Men’s International Amateur Championship in July.

“Jonas follows in a long line of Europeans to join our program through the years. He’s a member of the German national team and really came into his own last year. He’s flown a little under the radar, but is a big-time talent,” Bratton said.

Jin, a native of Beijing, China, has twice been named a Rolex Junior All-American after earning back-to-back runner-up finishes at The Junior PLAYERS Championship at TPC Sawgrass. This past summer, he was runner-up at the U.S. Junior Amateur Championship as well and is currently No. 10 in the Rolex AJGA Rankings.

He was selected to compete for the International Junior Presidents Cup Team in Australia next month.

“Bo is a highly-ranked player. He has lot of experience playing around the world. He has great size and has had a knack for playing well in big events. We will look for that trend to continue,” Bratton said.