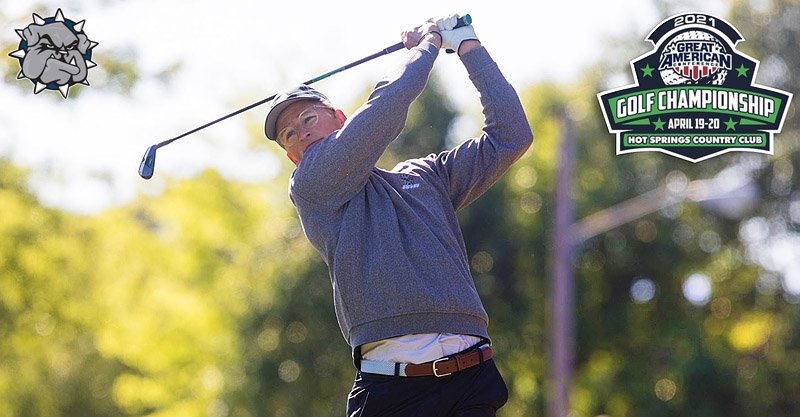 Gregor Weck and Anders Strand tied for 14th place in the championships at 5-over par for the three-round event. Weck gradually improved in each round and shot two-under par on Tuesday while Strand had SWOSU’s low round of the tournament with a four-under 68 in Round 2 before shooting even par on Tuesday to offset an 81 in the opening round. Heston Brown finished one shot behind the leading duo and Kason Cook was one shot behind Brown at seven-over par. Gustavo Tineo had two scoring rounds in the tournament, including a 73 on Tuesday and placed 27th at nine-over for the week.

Arkansas Tech had each of the top-three placing individuals and cruised to the conference championship by 13 shots over Henderson State. SWOSU was a distant third, finishing 18 strokes behind HSU.

In addition to their top finishes, Weck and Strand earned spots on the All-Great American Conference teams for their performance throughout the regular season. Weck was named a Second Team All-GAC selection while Strand received Honorable Mention for his play during his freshman season. Additionally, Weck earned the GAC Elite Scholar Athlete award as the player with the highest GPA in the championship field, while Cook was also recognized as a Distinguished Scholar Athlete.

SWOSU entered the GAC Tournament ranked No. 9 in the Central Region, with the top eight teams being selected to compete at the NCAA Division II Central/Midwest Super Regional on May 6-8 in Kansas City, Missouri. The Bulldogs will learn their fate on Friday evening as the NCAA announces the tournament field at 5:00 pm with a press release at NCAA.com.