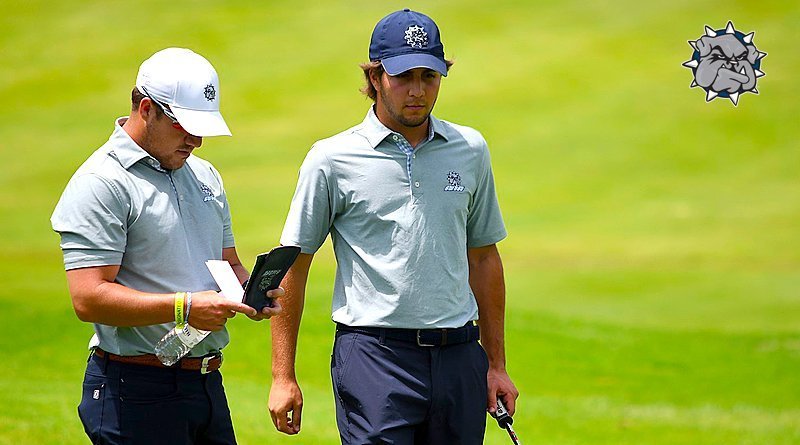 The practice round was washed out and tee times were pushed back until Thursday afternoon, but that didn’t stop the Bulldogs from putting together a competitive round with four scoring rounds of 77 or better. Gustavo Tineo had the best afternoon, carding a 1-under 71 to sit tied for seventh place. Heston Brown (74), Gregor Weck(76) and Kason Cook (77) turned in the other three qualifying scores to get the Dawgs to 10-over par as a team after 18 holes.

Missouri-St. Louis leads the tournament by three strokes over Lindenwood while Henderson State is six back of the lead after Thursday’s round. SWOSU is tied with Arkansas Tech at +10, two shots behind Trevecca Nazarene and Indianapolis in fourth place.

Play will resume at the Super Regional on Friday morning at 8:30 am and the teams will play 36 holes in hopes of completing the tournament prior to inclement weather scheduled to hit Hot Springs on Saturday. The top six teams from the Super Regional will advance to the NCAA Division II National Championships, which will take place on May 20-24 in Daniels, West Virginia.

The NSU RiverHawks are in the hunt after carding a 300 in the first round. Northeastern State is tied for ninth overall, two strokes back of the cut line at the Hot Springs Country Club.

Casey Paul made seven birdies and shot a 1-under 71 score to lead NSU.  The NSU junior led for part of the day after stringing together four straight birdies in-between pins six and nine.

Carlos Gomez shot the second lowest score for NSU with a 73, and he was one of two golfers to land an eagle.   The NSU freshman is tied for 15th place overall. Jax Johnson rallied late to shoot 77.  Griffen Matthias shot a 79, and Tyler Ashman scored an 84 to round out NSU’s group.