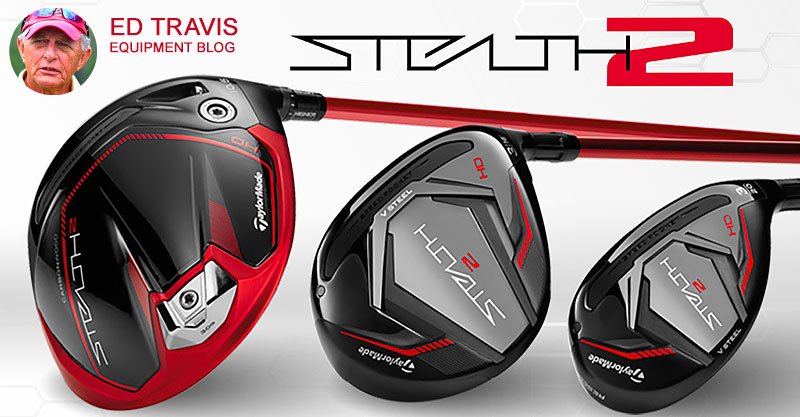 TaylorMade Golf has announced three Stealth 2 Carbonwood Drivers for 2023 with a thinner carbon face and more carbon fiber in the body than last year’s model.

Last year’s Stealth was an unqualified success for TaylorMade so for 2023 the objective was to build on that with the Stealth 2. A partial ring of carbon fiber around the rear of the head was added so the entire body except for the titanium collar holding the face and the front of the club is nonmetallic.

Weighting is different for each of the models to satisfy the needs of different skill level players with the Stealth 2 Plus being the only one with a sliding weight. Those interested in a customized look have the choice, for an added cost, of nine face colors, six skirt ring colors plus matte or gloss crown and a black or white top line.

Continuing to price drivers in the upper end of the spectrum TaylorMade has increased the Stealth 2’s by $20 compared with the 2022 Stealth.

Tomo Bystedt, Senior Director Product Creation, was quoted in the press announcement, “The modular carbon body construction of Stealth 2 represents our commitment to carbon as the leading material in every TaylorMade driver we produce. It was clear that the breakthroughs we had with Stealth were just the beginning in terms of the performance we can extract from this technology platform. A primarily carbon-based head construction is revolutionizing where we are able to position mass in a driver and this allows us to finely tune the launch, spin and MOI in each of the three Stealth 2 driver models.”