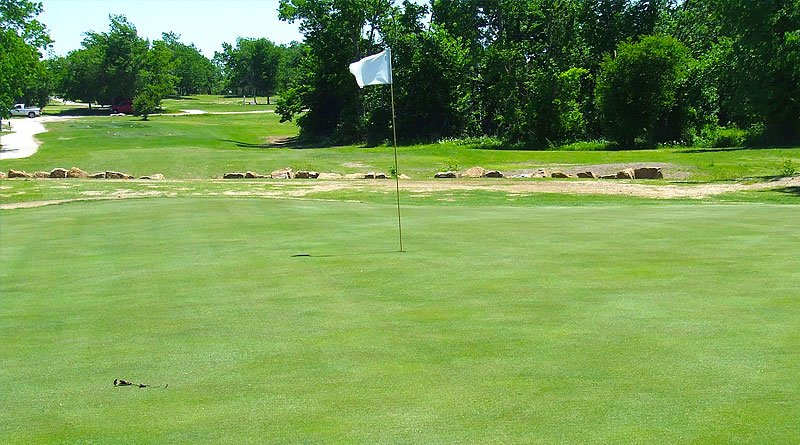 The Woods once had big plans

The Woods Golf Course in Coweta and Shadow Creek Country Club in Sallisaw have both announced they were closing in January.

The Woods has been owned the past three years by businessman Tommy Thompson, who also owns real estate surrounding the course. His brother Lonnie Thompson has been the general manager of the club and said he was informed Friday that the course was closed immediately.

Lonnie Thompson said last year’s excessive rainfall pushed rounds from 16,782 in 2018 to 12,719 in 2019, representing a loss of over $44,000 in green fee revenue, and that his brother said he was not willing to lose any more on operations and would seek to sell the course.

The Woods opened in 1981. Tulsa construction firm Jones Plan built five new holes for the previous owners which have been in use the past three years.

Shadow Creek CC in Sallisaw posted a sign on its clubhouse in early January that it had closed. A report in the Sequoyah County Times said co-owner Jay Peerson had refused comment. Calls to the clubhouse and pro shop went to a phone that seems to be disconnected.

The Woods and Shadow Creek would be the sixth and seventh golf courses to close in Oklahoma in the past 12 months.

As for the once overbuilt metro Tulsa golf market, The Woods is the eighth casualty in the past five years. The others were Scissortail in Catoosa, Emerald Falls in Broken Arrow, Cottonwood Creek in Glenpool, Clary Fields in Sapulpa, Okmulgee Country Club, White Hawk GC in Bixby and Eagle Crest GC in Muskogee. Another course, Glen Eagles in Broken Arrow, closed earlier last decade. The only course to open in the past 10 years is The Patriot in Owasso (2010).