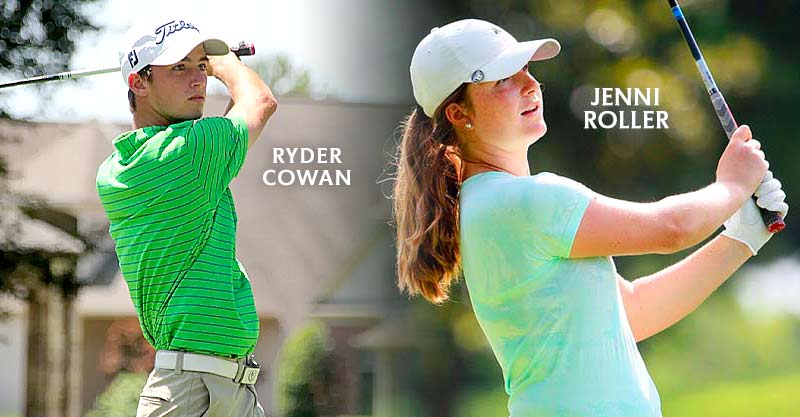 Rain continued to be an issue as the Oklahoma Golf Association Junior Boys and Girls Championship managed to get in just one round of match play Wednesday, pushing the championship matches to Friday morning at 7:30 a.m. The second and third rounds will be played today on the West Course at Lincoln Park.

Top seeds Ryder Cowan of Edmond and Jenni Roller of Tulsa both advanced in the first round, which began after a 4 hour and 30 minute rain delay. Cowan defeated Carson Wright of Norman 2 and 1 while Roller defeated Peyton Coburn of Broken Arrow 7 and 5.

Below are results from Wednesday.