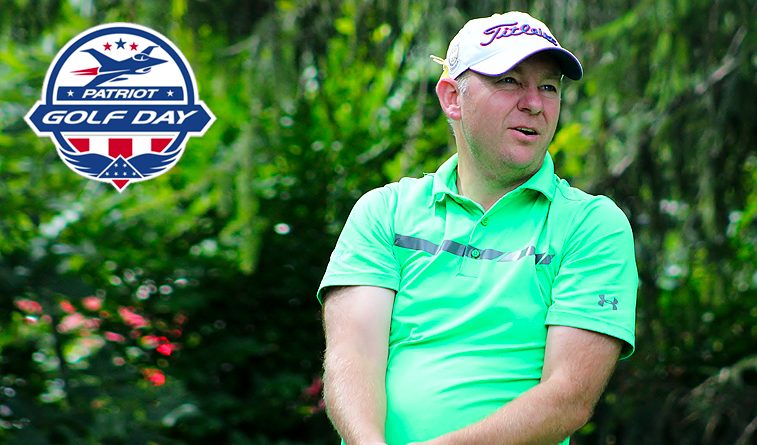 The Folds of Honor Foundation is located in Owasso and Patriot Golf Day has always been well supported by the PGA professionals in the foundation’s home state of Oklahoma.

You can see which courses are participating this weekend in the national fund raiser by going to the course locator here PatriotGolfDay.org

The breadth of Major Dan Rooney’s creation to aid the families of those killed or wounded service the U.S. military branches was driven home this past week as I was traveling in Michigan, where most of the courses we played displayed large signs promoting the event and where Kevin McKinley, director of golf and ski for Treetops Resort, has been one of the foundation’s most ardent supporters, running a huge tournament each year that has now raised more than $350,000 for the Folds of Honor.

McKinley, who played nine holes with our group at the fearsome Robert Trent Jones designed Masterpiece course at Treetops, was awarded the 2017 National Patriot Award for his contributions and effort. By Thursday, he was out painting the names of fallen soldiers on his driving range in preparation for this weekend’s Patriot Day Shootout. He hopes to raise more than $30,000 this weekend alone.

McKinley has involved the family of Army Cpl. Brock Bucklin, who was killed in Iraq in 2006 and whose final flight to his home state of Michigan inspired Rooney to create the Folds of Honor. McKinley grew up in Muskegon, Mich., about an hour’s drive from Bucklin’s home in Caledonia.

“It’s just something I’ve become very passionate about,” said McKinley, who was also named Father of the Year by Golfweek in June. “What Dan and the foundation are doing is really life-changing and we want to do more than our share.”

We salute McKinley and all the PGA professionals and others who will help make a difference this weekend and throughout the year. It is the largest grassroots fundraiser in the country and in 2017 raised $7.02 million for the Folds. The event involves approximately 2,000 courses and has raised more than $47 million since 2007.

Please remember to do your part this weekend to help the Folds of Honor with its noble mission.