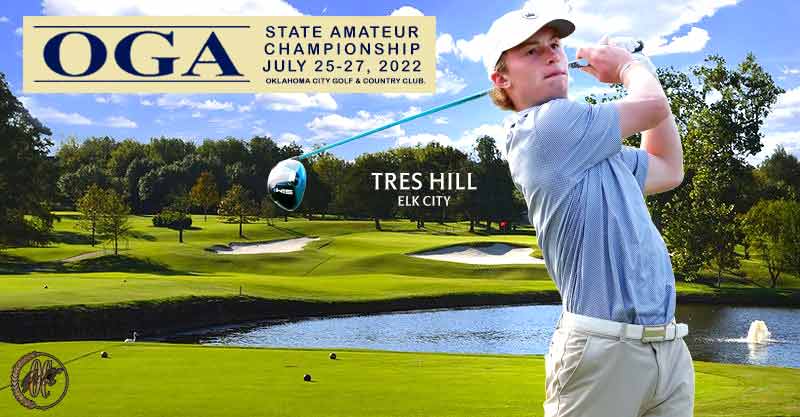 Though players are allowed to use carts, endurance will be a factor in the 2022 championship, as the winner will have to get through six rounds in temperatures that are expected to soar above 100 degrees each of the next three days. The tournament consists of two rounds Monday, third round and quarterfinals Tuesday with the semifinals and finals on Wednesday. The field was set through qualifiers earlier in July at Lincoln Park in Oklahoma City and Bailey Ranch in Owasso.

Abrams lost in a playoff for the OGA Mid-Amateur Championship to Mike Hughett of Owasso last week at Hillcrest Country Club in Bartlesville. Hughett is a past champion of this event (2001). The other past champion in the field is Jordan Wilson of Edmond and Oklahoma State, who defeated Austin Eckroat of Edmond in the final in 2019.

Although the field is talented top to bottom and match play is all about momentum, some players to keep an eye on this week could include Ryder Cowan of Edmond, William McDonald of Oklahoma City, William Sides of Tulsa, Ian Davis (regained amateur status) of Edmond, Ben Stoller of Owasso and Luke Morgan of Guthrie. Follow along with scoring at www.okgolf.org and stories and pictures here at www.golfoklahoma.org.