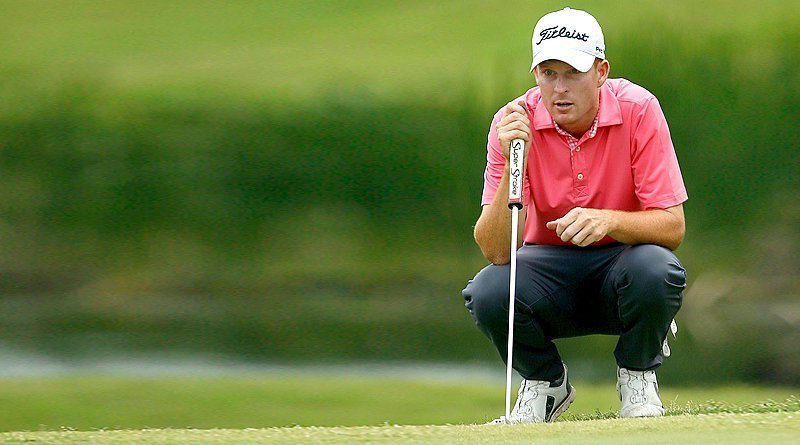 Blake Trimble, an Oak Tree National member, shot a round of even-par 70 in high winds at Muskogee Golf Club Thursday to take a one-shot lead over Cory Churchman of Abilene, Texas, into the final round of the Bravado Wireless Real Okie Championship on the All Pro Tour.

Trimble bogeyed three of his first four holes then birdied three of the final four holes on the front nine. He came into the 18th hole at 1-over but stuffed his approach shot from about 150 yards to three feet and converted the birdie to gain the lead over Churchman, who shot a 2-under 68, tied for the day’s low round with Trent Whitekiller of Sallisaw.

Logan McCracken of Oklahoma City shot a 3-over 73 to fall into a tie for third at 1-under with Brett White of Grand Rapids, Mich., and Ian Synman of Bellville, S.C. McCracken is going for his third consecutive APT victory and had to come from four shots back in his last win.

The tournament is open to the public at no charge. The lead group will tee off No. 1 at 9:30 a.m.