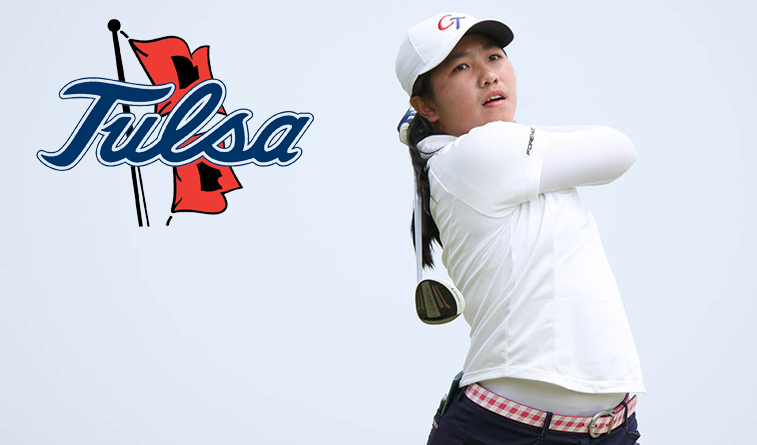 Tseng joins Purcell, Oklahoma’s ShaeBug Scarberry, who signed last week, as the newest Golden Hurricane women golfers. Both will enroll in August for the 2018-19 season.

“This is probably my best recruiting class ever,” said Klein, who had also coached at San Diego State and UCF. “Both Lorena and Shaebug bring an incredible amount of experience to the program.  They are both true competitors who know how to win and are not happy unless they are victorious.”

“They are hard workers who already play great, but want to continue to improve. ShaeBug and Lorena are two student-athletes who are going to help elevate Tulsa women’s golf back to where it has been in the past; on top,” added Klein.

“Lorena has length, accuracy, incredible touch and when you watch her she has a perfect temperament on the course to be a top player in the country.  She knows how to go low and has posted numerous rounds in the 60s,” said Klein.

Tseng has a 74.07 scoring average with a low competitive round of 67 and has a World Amateur Golf Ranking (WAGR) of 828. She is ranked 18th internationally among the 2018 class.