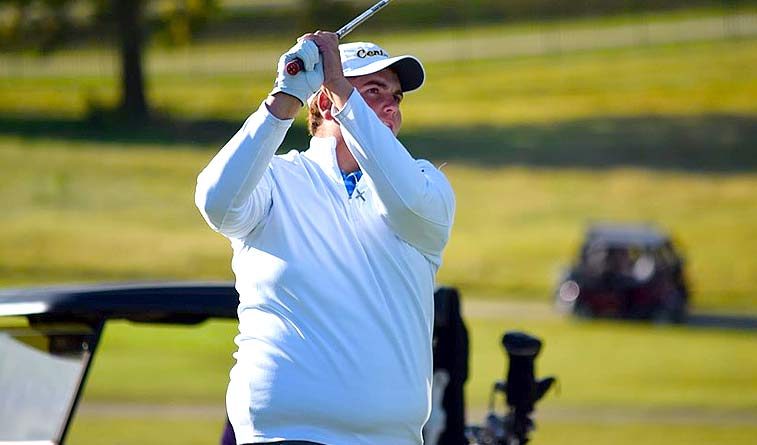 The Bronchos had rounds of 289-284 for a three-under-par 573 total after 36 holes at the par-72 Shangri-La Golf Resort, good for an 11-shot lead over Missouri-St. Louis heading into Tuesday’s final round.  Harding is third in the 16-team field at 595, followed by Minnesota State-Mankato at 599.

NickPierce is second in the medalist standings with one round remaining, while Wesley Jackson is tied for third, Eli Armstrong tied for fifth, Alexander Hughes tied for seventh and Blake Berry tied for 12th.

Pierce was at one-under 143 following rounds of 70-73 and trails leader Mason Banger of Harding by four shots.  Jackson had the comeback of the day for UCO, shaving 10 shots off his first-round 77 with a sizzling five-under 67 in the afternoon to stand at 144.

It’s the final tournament of the fall season for the Bronchos, who have two wins and two runner-up finishes to their credit already.

Southern Nazarene shot a 308 in the first round before firing a 299 in the second round and is now tied for seventh heading into the final round of the fall.

The Crimson Storm are just two shots out of the top five as they trail Sioux and Southern Arkansas. SNU stands at 607 through two rounds. The Storm are tied with St. Gregory’s and Southwest Baptist and they have a one shot lead on Missouri Southern State and Concordia-St. Paul.