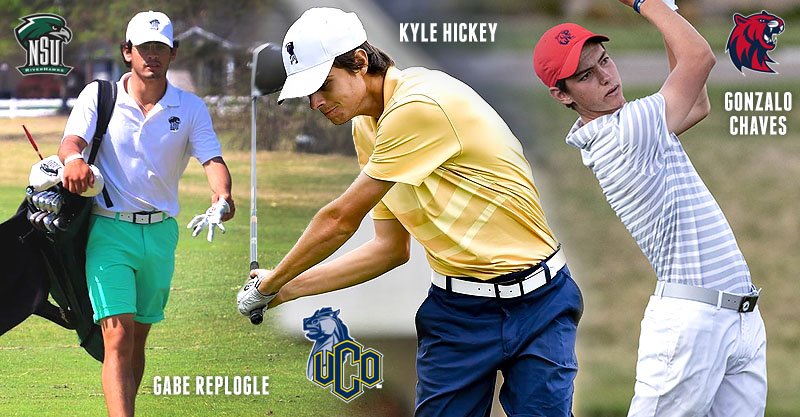 HAYS, Kan. (Oct. 18) – Kyle Hickey and Caleb Kimmel had a pair of steady rounds to lead Central Oklahoma and put the Bronchos in the lead after first-day play in the Fort Hays State University Tiger Classic Monday.

Rogers State was third and Northeastern State in fourth after the first day.

That gave UCO a one-stroke lead over Central Missouri in the 15-team tournament. Rogers State (586) is third and Northeastern State (594) fourth heading into Tuesday’s final round. It’s the last of five fall tournaments for the Bronchos, who are looking for their second straight win.

“We were a little up-and-down, but ended up having a really good day,” head coach Derrick Thompson said. “We put ourselves in a good position and need to finish strong.”

Hickey and Kimmel are tied for fourth in the individual standings with their 144 totals, just two shots off the lead. Evan Griffith shot 78-70 , while Bennett Baldwin shot 74-78 and Liam Coughlin shot 72-81.