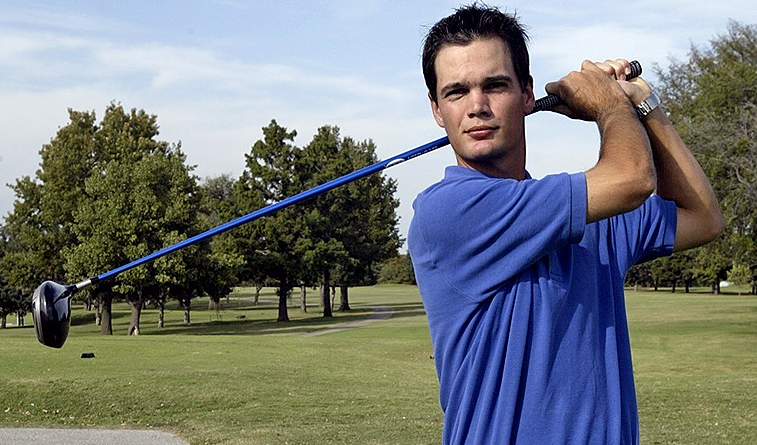 OKLAHOMA CITY – Tyrone Van Aswegan, who is steadily moving up to become one of the top players on the PGA Tour, will be among the honored when Oklahoma City University inducts its latest Athletics Hall of Fame class at 11:30 a.m. Saturday at the Great Hall in the Tom & Brenda McDaniel University Center.

Originally from Johannesburg, South Africa, Van Aswegen became a three-time all-American while leading Oklahoma City to four national titles from 2000-04. On May 16, 2002, Van Aswegen took the individual national crown by one stroke with a 69-75-74–218 while leading the Stars to their second consecutive national championship in Palm Harbor, Fla. He posted a 72.88 career scoring average while setting an OCU career record with seven wins.

“Tyrone is very deserving of this honor,” OCU coach Kyle Blaser said. “He has been a big part of the OCU family and has represented us well. He has set the bar high for all the players who have come through our program. They all know can reach the highest level with work and determination.”