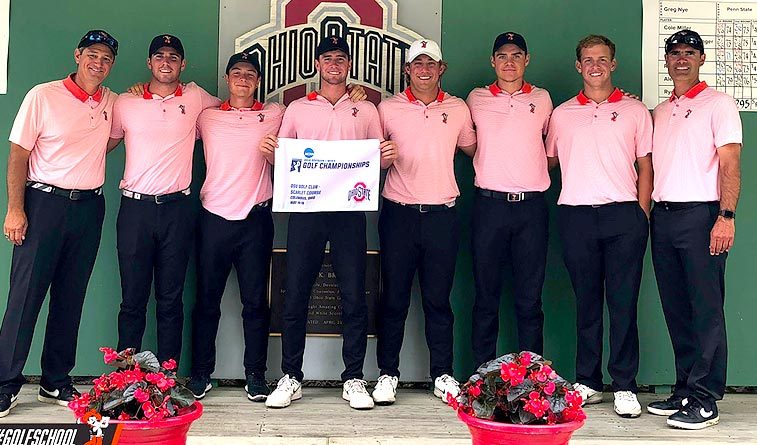 OSU posted a 1-over 285 during its third round to finish as the only team in the field under par, posting an 8-under tally of 844. Illinois was second at the par-71, 7,364-yard layout at 852, while UNLV was third at 867. Northwestern finished at 868 and Texas Tech came in with an 870 total to grab the final two qualifying spots.

The victory gave the top-ranked Cowboys their third regional title in a row and was OSU’s fourth in the past five seasons. Head coach Alan Bratton‘s squad also ran its season victory total to nine, matching the second-best total in school history, which has been set on >>> previous occasions.

Additionally, the Cowboys have now qualified for the NCAA Championship in 71 of the program’s 72 seasons.

Individually, Michigan’s Kyle Mueller claimed medalist honors after firing a closing 66 to finish at 5-under 208 and two strokes clear of a pair of Cowboys.

Freshman Matthew Wolff and junior Zach Bauchou each carded 71s during their third rounds to finish at 210 and tied for second place.

Sophomore Viktor Hovland fired the squad’s low round of the day, posting a 69 to move into a tie for seventh place at 212. The finish marked his eighth top 10 of the season.

Senior Kristoffer Ventura carded a 74 during his third round to finish at 215 and tied for 13th place, while freshman Austin Eckroat signed for his second consecutive 74 to stand at 218 and alone in 19th place.

For Wolff, the second-place showing was his fourth-runner-up showing of the year, while Bauchou notched his fifth top five of the season.

The regional was one of six being conducted to determine the field for the NCAA Championship finals, which will be contested May 25-30 at Karsten Creek in Stillwater.