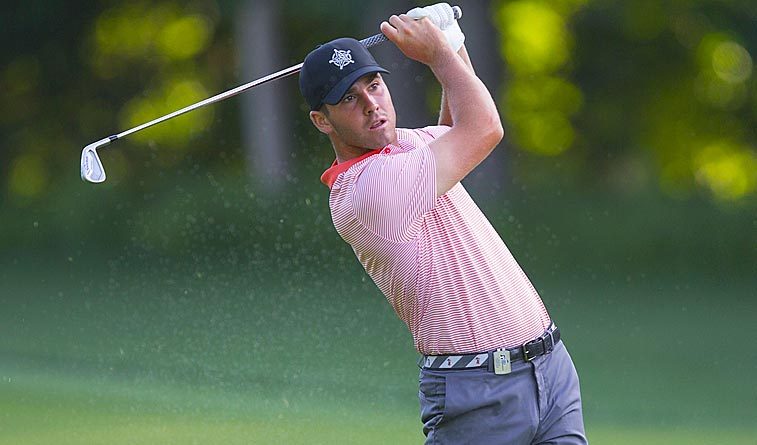 For head coach Alan Bratton’s squad, it marked the first time they have won the event since taking top honors in 2007 at the famed course.

Sophomore Matthew Wolff continued his outstanding fall, picking up his second victory in as many starts. With his win, Wolff became the fourth Cowboy to win the tournament, joining Rickie Fowler (2007), Trent Whitekiller (2009) and Peter Uihlein (2010).

Wolff closed with an even-par 70 to finish at 6-under 204 and one shot clear of California’s Collin Morikawa. After opening with a birdie at the par-5 first, Wolff reeled off 10 consecutive pars before posting a birdie at the 12th. After two more pars, Wolff’s lone blemish came at the 15th with a double bogey. However, he posted three pars in a row to close out his round and wrap up his second career victory.

Viktor Hovland carded his low round of the event to continue his march up the leaderboard. The junior fired a 67 to move up 10 spots into a tie for sixth place at 1-under 209.

Senior Hayden Wood carded his second consecutive sub-70 round, closing with a 68 to finish at 210 and in sole possession of ninth place.

Senior Zach Bauchou made it four Cowboys in the top 10, tying for 10th place at 211 after posting a 73 during his third round.

Sophomore Austin Eckroat finished with a 77 to stand at 218 and tied for 27th place.

The Cowboys will be back in action on Oct. 12 when they take part in the Big 12 Match Play Championship in Houston.