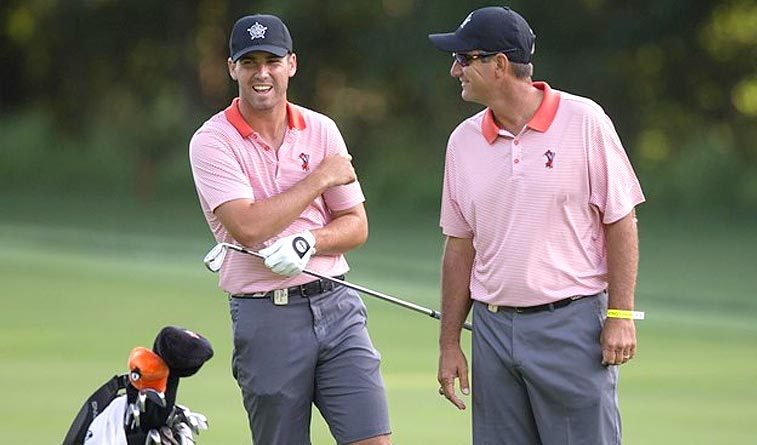 OLYMPIA FIELDS, Ill. — Oklahoma State’s men’s golf team will be back in action this weekend when it takes part in the Olympia Fields/Fighting Illini Invitational at historic Olympia Fields Country Club.

The Cowboys will be one of 14 teams in action at the par-70, 7,353-yard layout. The 54-hole event will get underway on Friday and will run through Sunday. Play will get underway Friday morning at 7:30 a.m. (CST).

OSU finished third last year at Olympia Fields and will be looking for its first win at the event since 2007. The Cowboys have produced the individual medalist on three occasions with Rickie Fowler (2007), Trent Whitekiller (2009) and Peter Uihlein (2010) all winning the tournament during their collegiate careers.

The Cowboy starting five for this week will consist of seniors Zach Bauchou and Hayden Wood, junior Viktor Hovland as well as sophomores Matthew Wolff and Austin Eckroat. Bauchou tied for fourth a year ago, Wolff shared 13th place and Wood tied for 45th place.

Wolff is coming off his first career victory in the season opener, finishing with a 17-under total of 199 at Pebble Beach.

Live scoring for this weekend’s event is available at golfstat.com.