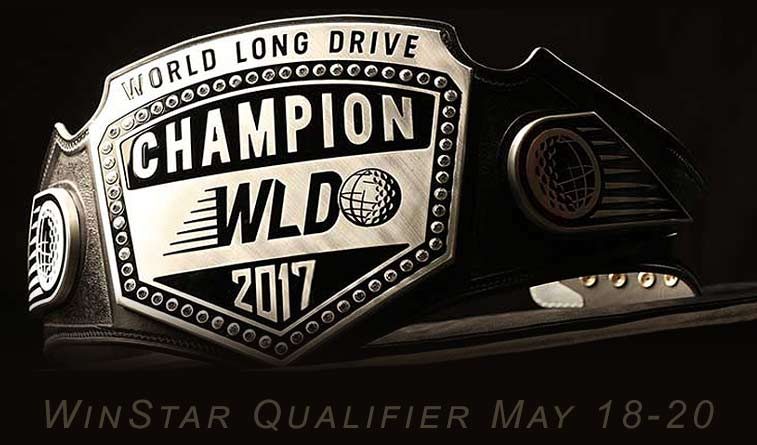 The World Long Drive Association (WLDA) has added a sanctioned, 32-man field Open Division event on Saturday, May 20 to accompany the previously announced event on Thursday-Friday, May 18-19 at WinStar World Resort and Casino in Thackerville, Oklahoma. The “WinStar Midwest Slam” will feature local and regional qualifying on May 18-19, which will award four exemptions (two each on Friday/Saturday) into the 2017 World Long Drive Championship. On Saturday, the 32-competitor field will be determined based on Official World Long Drive rankings. A points format will be used to determine players advancing, narrowing from 32 to 16, 16 to 8, etc. to ultimately decide a champion. The highest, non-exempt competitor also will earn an exemption into the 2017 World Long Drive Championship.