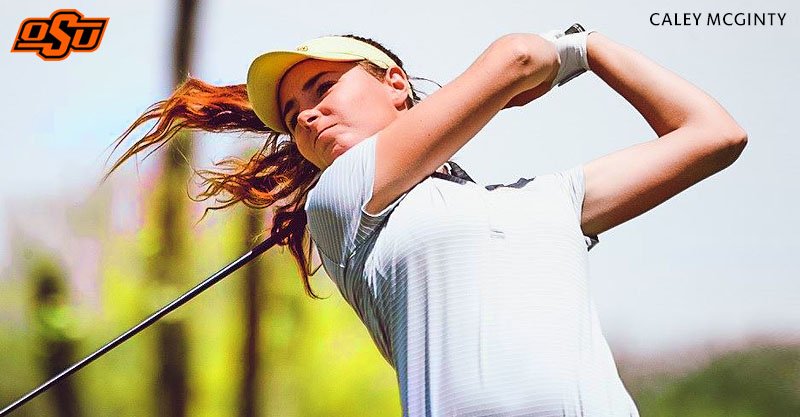 The former Kent State standout was listed by Golfweek as the nation’s No. 31 player after sweeping the 2021 MAC Player and Freshman of the Year awards and winning the MAC tournament individual and team championships.

“We want to welcome our newest Cowgirl, as we are very excited to have Caley join us,” said Robertson. “She comes with a lot of experience and success at the college level and will be a great addition to the team for the next three years. Not only is she an exceptional player, but just as important, we feel she will be the right fit as a teammate.”

The Bristol, England native arrives at OSU with a World Amateur Golf Ranking of 59 and a career scoring average of 71.65 thanks to a resume that includes three individual event wins – all in 2021. Last season, McGinty finished with a scoring average of 72.26 and posted 17 rounds at par or better with five rounds in the 60’s. Additionally, she led the nation in final-round scoring average at 68.86.

Her first career victory came at the Sunshine Shootout in February, followed by win in the Clemson Invitational that was anchored by an opening-round 66. McGinty was the only player under par at the 2021 MAC Championship and recorded a five-stroke win, and then finished second at the NCAA Columbus Regional.

McGinty is joining her new Cowgirl teammate Lianna Bailey on the England squad that will compete at the 2021 European Ladies’ Team Championships at Royal County Down Golf Club in Northern Ireland from July 6-10.