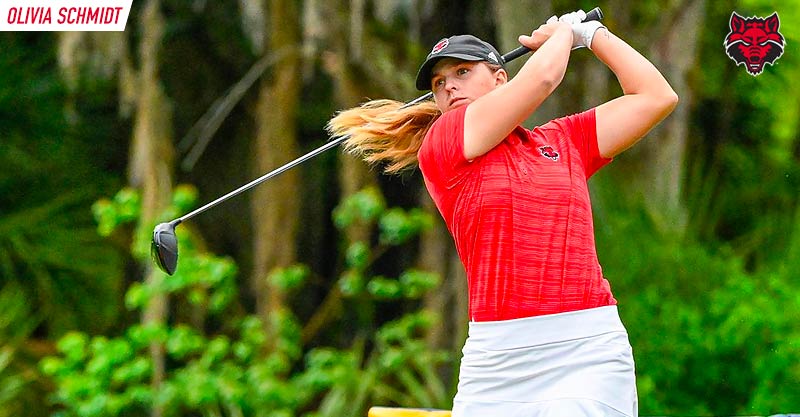 Schmidt has started the spring schedule on a roll with six consecutive rounds under par to total seven-straight overall and nine of the last 10 when including the fall slate. In the two events this spring, Schmidt has gone a combined 15-under par with a stroke average of 69.50. At the FAU Paradise Invitational, Schmidt totaled 209 (-7), the second-lowest 54-hole total in program history. This past week, Schmidt tied her career-low 54-hole total and program record total of 208 (-8) and won her first career medalist honors in a 54-hole event.

On the season, Schmidt is atop the Sun Belt Conference individual rankings with a stroke average of 71.24. She is ranked No. 109 in the player rankings and No. 27 in national scoring rating, tops in program history, per Golfstat.com. With her performance at the First Coast Classic, Schmidt has a single-season program record 65 birdies. She also owns program records for career stroke average (73.94), season stroke average (71.24), career par or better rounds (27), season par or better rounds (14), season par 4 scoring average (3.9540) and season par 5 scoring average (4.8667).