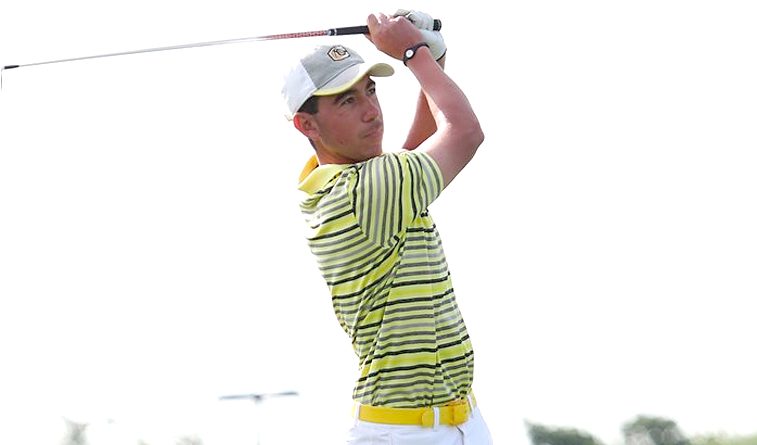 AUSTIN, Texas – The Cameron University men’s golf team won its first tournament of the year, edging host St. Edwards by a shot at the St. Edward’s Invitational with a score of 864.

Cameron came in to the second day of action leading the field, and needed its best round of the 54-hole tournament, a 287 to preserve the lead. Daniel Nielsen and Devin Tovey  each shot 73 in the final round to tie for ninth place individually with a pair of 216s. Dario Gabriel had the low round of the day for CU on Tuesday, shooting a 71 to finish with a 217, which tied with teammate Will Lovelace for 11th place. Weston Ward shot his best round of the tournament on Tuesday, carding a 72 in the third round and a 226 for the 54-hole event.

This was the first tournament win for the Aggies since they won two straight back in the spring of 2015. They will try to continue their strong play at their next event, the Western New Mexico Mustangs Intercollegiate in Goodyear, Ariz., April 2-3.

Pallach matched his career-best finish by placing second as the Eagles ended play Tuesday in the St. Edward’s Invitational at Onion Creek Club.

Pallach, a junior from Mexico City, shot a final-round 2-over-par 72 on the 6,530-yard course to finish the three-round event at 213, four shots behind the winner, Hudson Ross of tournament host St. Edward’s (Texas). Pallach finished one shot ahead of two golfers who tied for third in the 72-man field.

Pallach’s runner-up finish was the second of his career, as he tied for second in the Great American Conference Preview last September at Lake Hefner Golf Club’s North Course. He now has five top-10 finishes this season for OC.

Despite Pallach’s strong play, the Eagles slipped two spots in the team standings to sixth in the 12-team field. OC’s final-round team score of 296 gave the Eagles an overall total of 882, 18 shots behind Cameron, which edged St. Edward’s by one shot for the team title. Also finishing ahead of OC were Western New Mexico (872), West Texas A&M (876) and Regis (Colo.) (881).

Junior Ethan Smith was OC’s No. 2 player in the tournament, tying for 15th at 218 after a final-round 73 that included four birdies. Freshman Andres Brictson posted his best score of the tournament, a 74, on Tuesday and tied for 41st at 226.

Another shot back was junior Garrett White, who closed with a 77. At 228, in 52nd place, was junior Cameron Brown, who also shot a 77.

After a grueling stretch, during which they played five tournaments in six weeks, the Eagles will be off until starting play in the Heartland Conference Championship, set for April 22-24 at Slick Rock Golf Course in Horseshoe Bay, Texas.

Rogers State men’s golf team posted its best round of the season with a team score of 284 (+4) to move up to seventh. The Hillcats totaled a 54-hole score of 885 after rounds of 298 and 303 yesterday.

Senior Alex Marsh carded his best round of the season with a 1-under-par 69. The Southampton, England product was even through his first six holes before two birdies in a three-hole stretch on No. 3 and 5 to go to 2-under-par. The senior then posted seven straight pars before a late bogey dropped him back to the 1-under-par score. For the tournament, he registered rounds of 77, 76 and today’s 69 for a total score of 12-over-par 222 to tie for 25th.

Joining Marsh in 25th place was George Burnett after his posted his best-ever round of 71 in the final round. Freshman Aidan Gavey shot 223 and finished 30th.  Luke Palmowski matched his best round at even par 70 and finished 35th at 224.