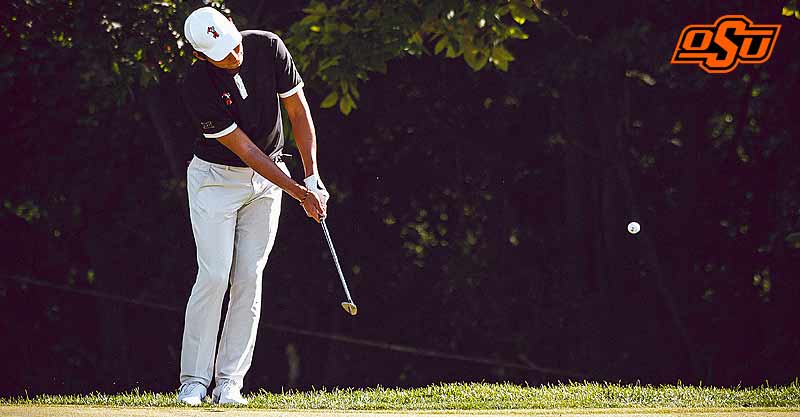 COLUMBUS, Ohio – Oklahoma State’s men’s golf team was the lone squad to finish under par on Monday during the first day of action at the NCAA Columbus Regional, as the Cowboys were able to build a six-shot lead at the Scarlet Course.

Individually, Arkansas’ Julian Perico carded a 68 to hold the top spot on the leaderboard.

Eugenio Chacarra led the charge for OSU, finishing at 2-under 69 and tied for second place. The Cowboy senior opened with back-to-back bogeys before getting one back with a birdie at the sixth. After making the turn at 1-over, he birdied the 11th and 12th to move under par for the first time on the day. Chacarra would add birdies at the 15th and 16th on his way to a 3-under 32 on his second nine.

Finishing a stroke back and tied for fifth place were senior Aman Gupta and sophomore Bo Jin. Gupta carded three birdies on his back nine, while Jin posted a 1-under opening nine on their way to matching 1-under scores.

Sophomore Jonas Baumgartner also finished the day inside the top 10, finishing tied for eighth place with an even-par 71.

Junior Brian Stark carded a 72 to come in tied for 14th place.

The Cowboys will begin their second round tomorrow at 7:30 a.m. (EST) and will be grouped with East Tennessee State and San Francisco. Live scoring is available at golfstat.com.