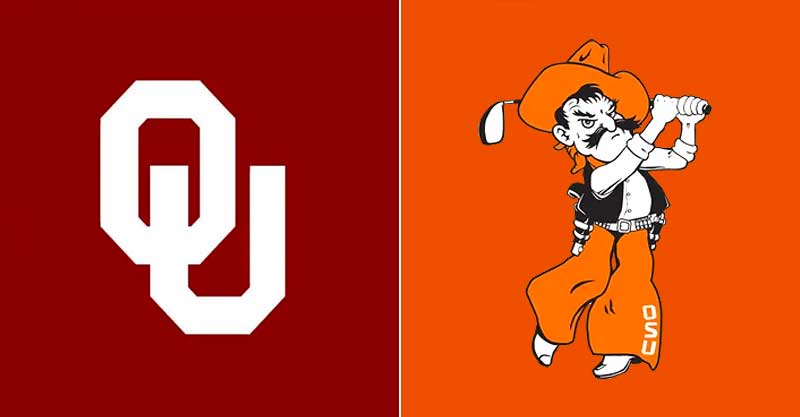 FORT WORTH– Oklahoma State’s men’s golf team posted a 36-hole total of 563 on Monday during the first day of action at the Ben Hogan Collegiate Invitational to stand in sixth place at Colonial Country Club.

Oklahoma, after seemingly years of sustained excellence, finally had a let-down round, shooting 10-over in the second round to fall to 13 over overall and is in 15th place entering the final round.

The Cowboys’ 3-over tally put them three shots behind Texas Tech for a spot in the top five. North Carolina built a four-shot lead at the par-70, 7,204-yard layout after finishing with a 10-under total of 550.

OSU opened with a 282 during its morning round to stand in fifth place before adding a 281 during its second round to dip one spot.

Georgia Tech’s Bartley Forrester will take a one-shot advantage into Tuesday’s final round after posting a 6-under total of 134.

A pair of Cowboys finished the day tied for 12th place with junior Jonas Baumgartner and fifth year Rasmus Neergaard-Petersen each getting in with 139 totals. Both players signed for rounds of 71 and 68.

Senior Hazen Newman finished the day tied for 29th place at 142 with a pair of 71s.

Jase Summy led the way for Oklahoma, firing a 3-under 67 to open the event followed by a 74  in the afternoon to grab a share of 23rd thru 36 holes of play.

Playing without its highest-ranked player in Patrick Welch, who is playing at the Shriner Children’s Open on the PGA TOUR this week, Oklahoma fired a 573 (+13) and is in 15th.  The field at Colonial features 13 ranked teams, including seven of the top 10.

Summy (T23, +1), a true freshman, opened his first round with two birdies in his first three holes to take the early lead. Then, after starting on No. 6, Summy birdied the par-4 14th hole to make the turn with the co-lead at 3- under. He finished his opening round at 3-under par, good for T2 after 18 holes. However, the Keller, Texas, product struggled in the afternoon, posting six bogeys to just two birdies, settling for a 74.