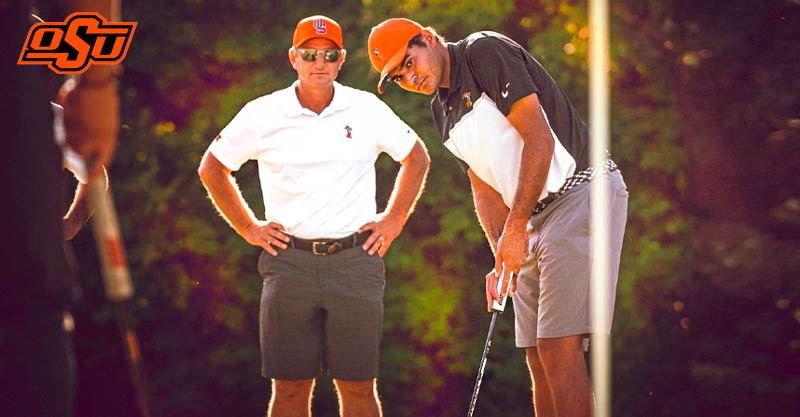 CABO SAN LUCAS, Mexico – Oklahoma State’s men’s golf team posted a 5-under 279 on Monday during the second round of action at the Cabo Collegiate to stand in a tie for first place after 36 holes at Cabo Del Sol’s Cove Club Course.

The Cowboys’ 36-hole total of 18-under 550 is tied with Florida State atop the leaderboard. The Seminoles were one better than the Pokes during their second round, posting a 278 at the par-71, 6,807-yard layout to move into a tie for the lead.

Individually, Arizona’s Chase Sienkiewicz posted his second consecutive 66 to stand two shots clear of the field at 10-under 132.

A pair of Cowboys finished the day among the top five with senior Eugenio Chacarra and junior Brian Stark sharing fourth place at 135. Chacarra followed an opening 67 with a 68.

Stark, who grabbed the first-round lead with a 65, posted a 70 to get to his 7-under total.

Junior Rayhan Thomas signed for a 72 and will begin his final round tied for 47th place at 145.

Sophomore Jonas Baumgartner carded a 78 and is tied for 67th place at 149.

The Cowboys will begin their final round tomorrow at 8 a.m. (MST) and will be grouped with Florida State, Ole Mis and Arkansas. Live scoring for the event is available at golfstat.com.