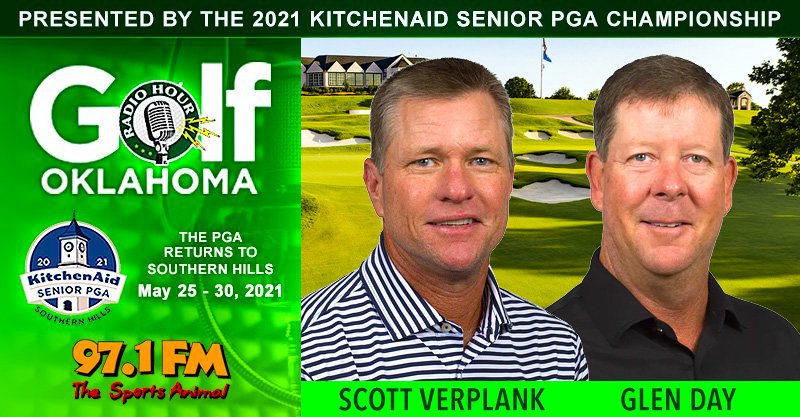 It’s Bedlam at the Senior PGA Championship, as former Sooner Glen Day and former Cowboy Scott Verplank are our special guests Thursday from 6 p.m. to 7 p.m. on the Golf Oklahoma Radio Hour.

Both Day and Verplank have been to Southern Hills recently to get an advance look at the course that host next week’s KitchenAid Senior PGA Championship and they’ll share their thoughts and impressions. Verplank, who will be inducted into the Oklahoma Golf Hall of Fame in November, is also working this week for ESPN Plus on the PGA Championship, you can hear him covering featured groups.