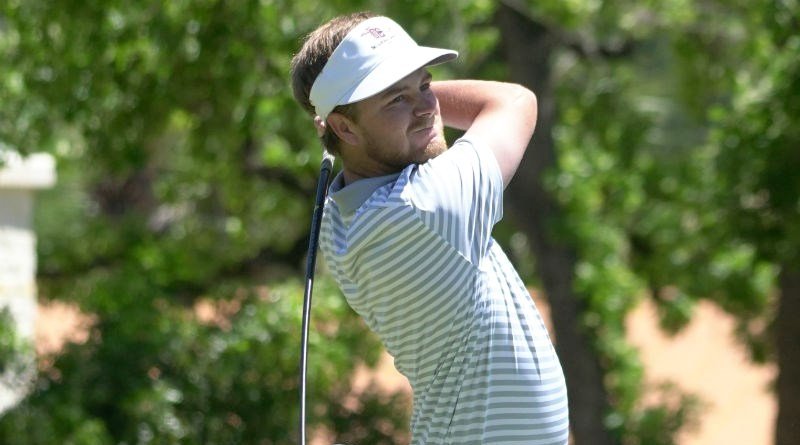 INDIANAPOLIS (April 26, 2019) – As expected, Oklahoma Christian will be the No. 1 seed from the South Central Region when the NCAA Division II men’s golf postseason begins.

The NCAA announced the fields for its four Division II Super Regional tournaments on Friday, something which was a formality for the Eagles, who already had clinched an automatic berth by winning the Heartland Conference Championship tournament last week. OC had moved into the No. 1 spot in the region rankings after that tournament.

Coach David Lynn‘s Eagles will join nine other South Central teams and 10 from the West Region in the South Central-West Super Regional, to be played May 9-11 at The Ledges Golf Club in St. George, Utah. OC played that course in a Regional Preview tournament in October.

The top four teams from the Super Regional, and top two players not with one of those teams, will advance to the Division II Championship, set for May 20-24 at The Resort at Glade Springs in Daniels, West Virginia. OC qualified for the national tournament in 2016 in its first season of eligibility to do so.

OC also made the Super Regional field in 2018, finishing seventh, one shot out of a playoff for a spot in the national field.

Seven of the 20 teams in the Super Regional were ranked in the most recent Bushnell Golfweek Division II national poll – No. 4 Western Washington, No. 5 Chico State, No. 9 St. Mary’s, No. 12 Sonoma State, No. 13 OC, No. 18 Simon Fraser and No. 20 Cal State-Monterey Bay – while five others received votes.

The top-10 teams from the Central are paired with their counterparts from the Midwest Region and will play three rounds at the Hot Springs Country Club on May 9-11 in Hot Springs, Ark.   After the three-day tournament, the top six teams advance to the NCAA Championship on May 20-24 in Daniels W.V.

Northeastern State has advanced to the national finals twice with their last appearance coming in 2009.