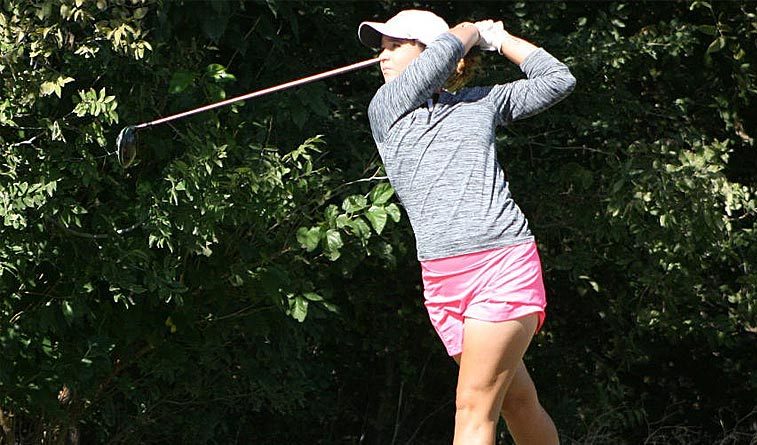 Goodwin, a senior from Tulsa, shot a 1-under-par 71 for the second straight day on the 5,986-yard course, her fifth straight under-par round and her sixth in seven rounds during the fall season.

At 2-under 142 for the tournament, Goodwin tied for runner-up honors, recording four birdies on Tuesday but just missing what would have been her second straight individual win after recording a double bogey on her final hole, the par-4 No. 18. West Texas A&M’s Ueakarn Look Yee Songprasert birdied the hole and finished at 4-under to earn the win.

Goad, a sophomore from Wheeler, Texas, shot the best score of her collegiate career, a 2-under 70 that included four birdies on the front nine and left her at 2-over 146 for the tournament, in fifth place in the 62-woman field. It was the second top-five finish for Goad with OC, with both coming this fall.

OC junior Abigail Rigsby tied for sixth at 4-over 148 after shooting a 75 on Tuesday. Her four birdies gave her 10 for the tournament, the second-highest total in the field, and the top-10 finish was her first of the season.

Senior Elizabeth Freeman’s final-round 81 put her at 154 for the tournament, in 19th place, and freshman Alexandria Bennett tied for 20th at 155 after shooting a 79 on Tuesday. Playing as an individual, OC sophomore Felicity Wittenberg shot an 81 and tied for 39th at 165.

The Lady Eagles, ranked No. 21 in the Women’s Golf Coaches Association NCAA Division II poll, began the round three shots behind No. 5 West Texas A&M. OC posted a team score of 295 to close with an overall score of 588, while West Texas A&M’s score of 291 allowed the Buffaloes to pull away for a seven-shot win.

OC will play again next Monday and Tuesday, competing in the Dallas Baptist Women’s Fall Classic at The Golf Club of Dallas.